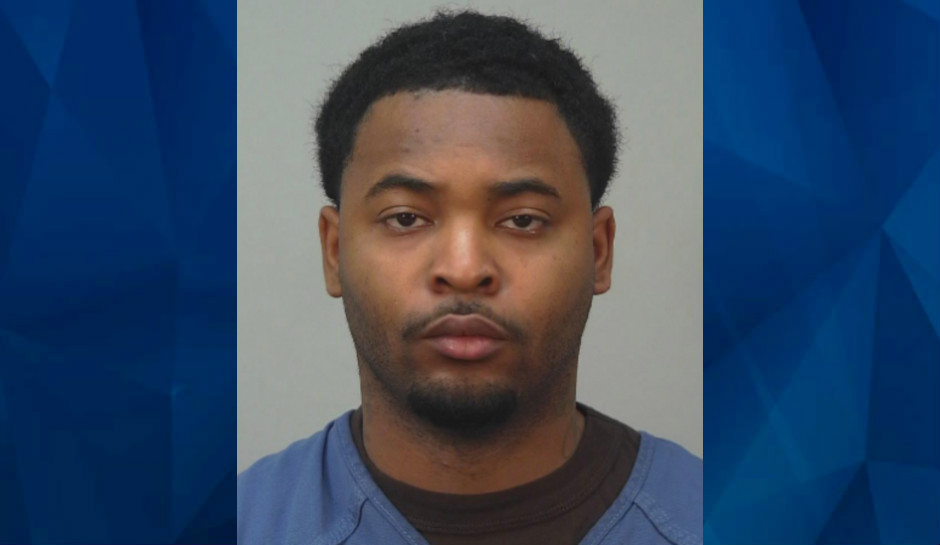 A Wisconsin man reportedly pointed a gun at a newborn’s head before punching the child’s mother in the face and fleeing when police were called, NBC 15 reported.

Larry Simmons was taken down by Town of Madison K-9 officer Tonto after the dog located him hiding beneath a pile of clothing in in another town.

According to NBC 15, Town of Madison officers responded to a home Wednesday morning about a man holding a gun to a child’s head. When they arrived, the suspect was gone, but the 27-year-old mother told officers Simmons had held a gun to her 4j-day-old child’s head, then hit her in the face with his fist while she was holding the baby.

The mother told officers that she “has a relationship” with Simmons and that he was holding the gun in his free hand when he hit her and also damaged a computer.

Police learned while investigating that Simmons had walked a few blocks away from the home to a vehicle that he used to make his escape. Police tracked the vehicle to a home about two miles away in Fitchburg and got permission from the official residents to search for Simmons.

After taking Simmons into custody, police said, they found two guns in the freezer, hidden in a bag of frozen chicken.

Simmons has been charged with jumping bail, battery, criminal damage to property, disorderly conduct, possession of a firearm by a felon, resisting or obstructing, and harassing a police animal, according to Dane County Jail records.