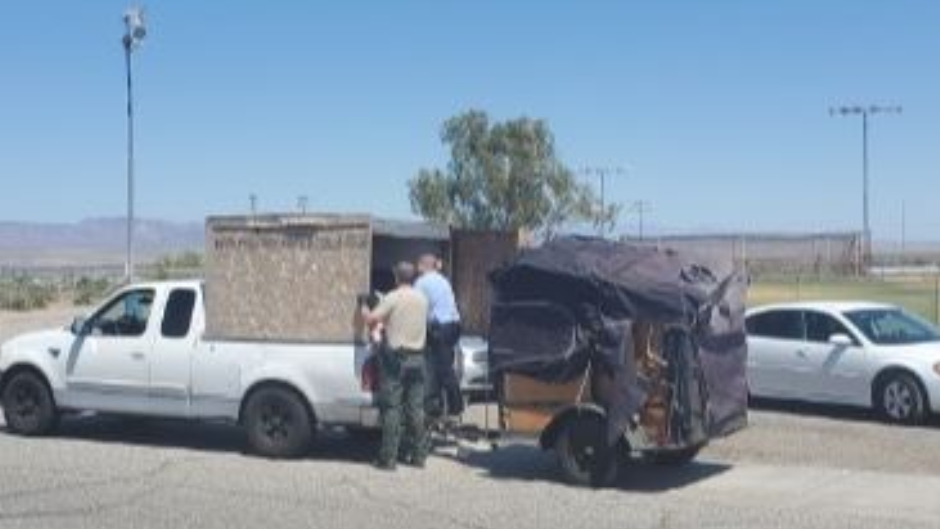 Police in California arrested three people on child endangerment charges Tuesday after five children were reportedly found in a sweltering bed of a pickup truck without ventilation or water.

The San Bernardino County Sheriff’s Department said in a statement that deputies from the Colorado River Station and Needles Police Department responded to a call for service at Interstate 40 near Fenner’s rest stop. There, they reportedly discovered five children, ranging in age from one to 13, who were inside a makeshift wooden box attached to the bed of a pickup truck.

“The victims were left unrestrained in the truck bed with no ventilation, water or air conditioning and outside temperatures were around 100 degrees,” police said.

Authorities allegedly discovered illegal narcotics, drug paraphernalia, and a shotgun in the truck.

Police arrested Kenneth Standridge, 40, Zona Brasier, 39, and Aushajuan Hardy, 41, in connection with Tuesday’s discovery. It’s not immediately clear how the three suspects are related to the five children.

In addition to child endangerment charges, Standridge was charged with being a felon in possession of a firearm and suspicion of driving under the influence. Hardy was reportedly found to be on Post Release Community Supervision was wanted on a no-bail felony warrant out of Sacramento.

Standridge and Brasier remain jailed on bails of $75,000 and $150,000, respectively. Hardy is being held without bail.