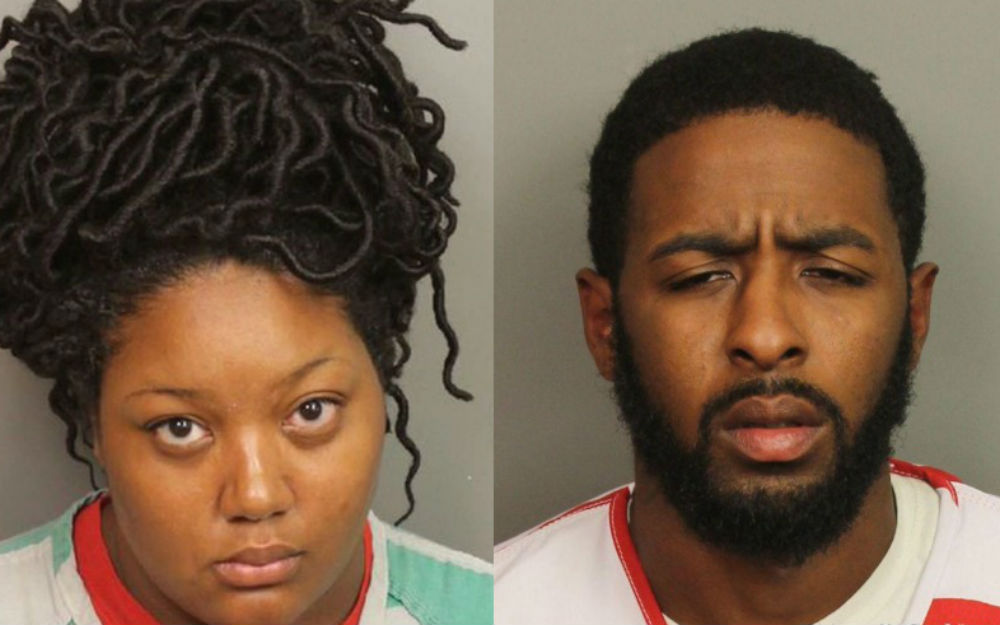 Couple charged in murder of toddler found with burns claimed child ‘choked’ while eating; pair was arrested on child endangerment charges a MONTH before: Police

An Alabama husband and wife were charged with child abuse in the death of a toddler this week, just one month after they were accused of endangering another child, the Birmingham News reports.

Emergency crews rushed the boy to Children’s of Alabama but he was pronounced dead at 1:46 a.m.

Hampton Sr. told police that after the boy started choking, he removed the food from the child’s mouth and attempted to revive him. Hampton Sr. further claimed that his wife was not home at the time, but that she arrived just before authorities responded, according to the report.

However, doctors at the hospital found numerous injuries on the boy, including burns, that did not square with what Hampton Sr. and Harris told police.

Following the boy’s death, child protective services went to the family’s home but no additional details about the couple’s other children are available. Hampton Jr.’s mother died in 2018 after she was struck by a vehicle on an interstate, according to the newspaper.

Records show that Jefferson County sheriff’s deputies responded to the home after someone anonymously called reporting that a couple was arguing outside, and that a man had a gun and a female was trying to leave.

When deputies got to the scene, Harris reportedly became angry that law enforcement was called. She began screaming and swearing and then took their 9-month-old son from Hampton Sr. Meanwhile, Harris continued arguing with deputies, who asked her to give them the child. She refused, prompting Hampton Sr. to punch her in the face. The blow also hit the boy, whose lip started to bleed.

Deputies then intervened and one was knocked over in the course of the melee. A Taser was deployed against Hampton, but he continued to resist arrest.

Once deputies arrested Hampton Sr. and Harris, their five children were released to a grandmother. Police body cameras recorded the incident, according to court records.

Hampton Sr. and Harris are scheduled to appear in court in June in connection with the April 5 incident.