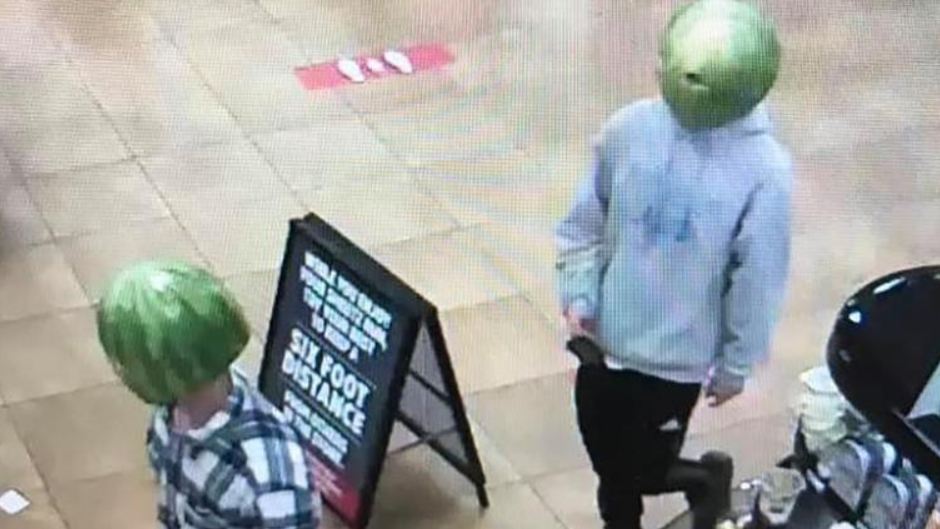 One of two people who allegedly wore watermelons on their heads while stealing from a Virginia convenience store earlier this month was arrested on Friday.

On May 5, the two suspects were reportedly filmed taking items from a Sheetz store in Louisa. Police said that during the heist, they wore carved-out watermelons with holes cut out for their eyes.

“This is definitely not something you see very often in Louisa,” the police chief told CNN. “We’re a really nice, quiet town, with a lot of hardworking people and something like this is pretty unusual.”