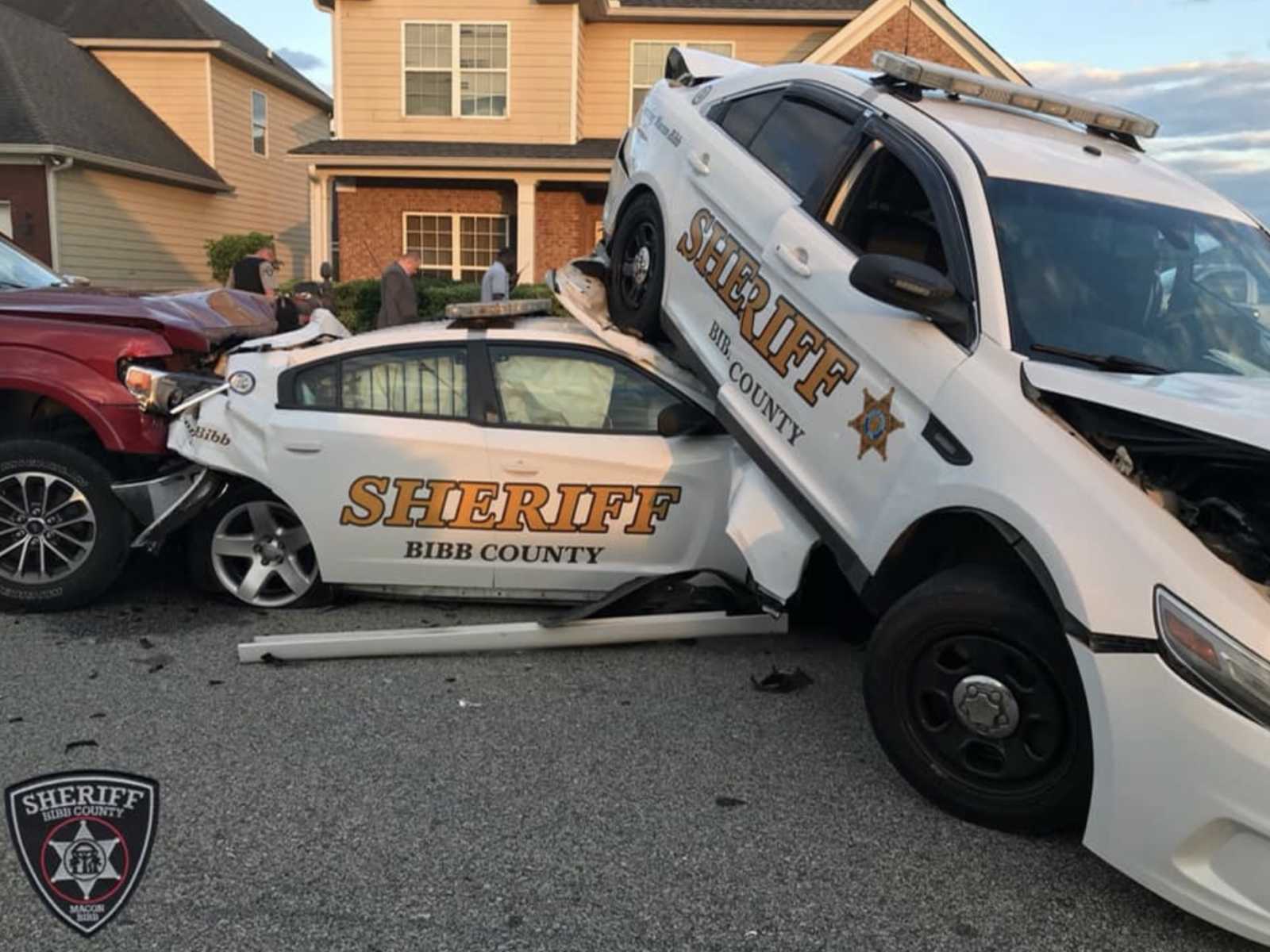 A kidnapping suspect was shot dead by Georgia police Tuesday night after he returned to the scene and rammed three police vehicles and a parked car.

The Bibb County Sheriff’s Office said deputies were on scene at about 6 p.m. speaking with Keith Young’s wife, who told them Young had tied her up and fled with their three children.

The mother got free and ran to a neighbor’s to call for help. Deputies were taking her statement when Young, 30, returned, driving his Ford F-150 pick-up truck.

“Young began speeding down the road towards the deputies and struck three patrol units and a parked vehicle,” the sheriff’s office said in a statement. “Deputies fired shots at Young, striking him. Young was transported to the Navicent hospital where he later died.”

Posted by Bibb County Sheriff's Office on Wednesday, May 20, 2020

The three children were not in the truck. Investigators later found them with Young’s family and returned them to their mother.

A deputy was still inside one of the patrol vehicles and was injured, the sheriff’s office said. Her injuries were not life-threatening.

Young had been a teacher and coach at Macon’s Academy for Classical Education for the past two years, according to WGXA. WMAZ reported the he had not been rehired for the upcoming year, according to the school’s governing board chairman, Witt Gaither.

The sheriff’s office said the mother told deputies that she and Young were going through a divorce. Sheriff David Davis said a gun was found in Young’s truck.