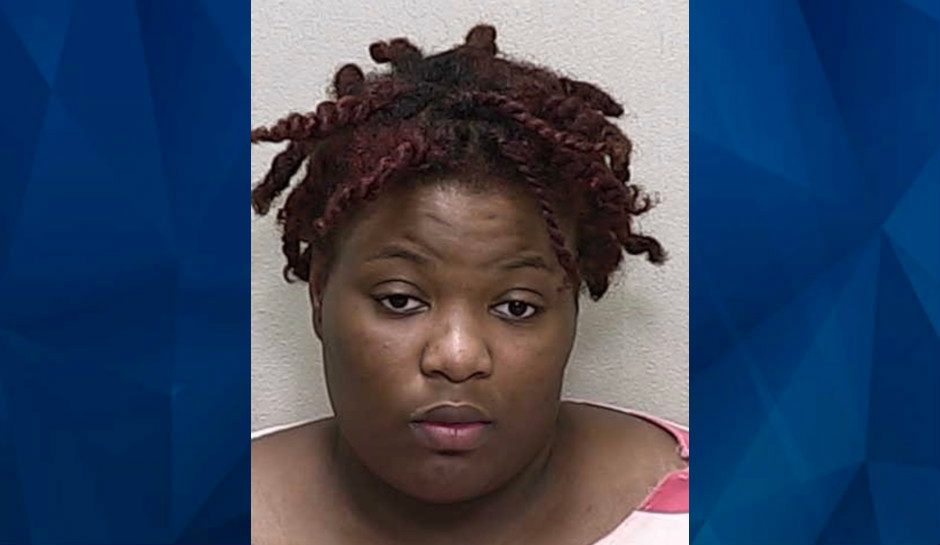 A Florida woman has been charged with negligent homicide after medics responding to a call about a cardiac arrest Friday night found a 19-year-old man dead on the floor.

Lillian Patterson, 19, initially told police that Xavier Collins had stumbled out of the bedroom and collapsed, unresponsive, on the floor. A detective and a medical examiner’s office investigator, however, found that Collins had a traumatic injury to his upper left chest, the Marion County Sheriff’s Office said.

Patterson then told detectives that one of several children in the house was holding the knife and that Collins had fallen onto it. In yet another explanation, she said that both she and a child were holding knives, and Collins fell onto one of them.

After she was brought to the sheriff’s office, Patterson told interviewers that earlier in the evening, a 2-year-old child approached her holding a steak knife. She said she took the knife from the child and was holding it in her right hand while scrolling her phone with her left.

“Patterson says at some point in the evening, while she was still holding the knife, Collins entered the room and began ‘wrestling’ with her,” the sheriff’s office said in a statement. “Patterson told detectives she pushed Collins off her with her left hand, causing the victim to fall onto the knife she was holding in her right hand.”

The sheriff’s office said the changed her statement “multiple times regarding where she was holding the knife” and acknowledged she had plenty of time to drop the knife “before, and during, the time the victim, Collins, was ‘wrestling’ with her.”

Patterson is awaiting her first court appearance at the Marion County Jail.