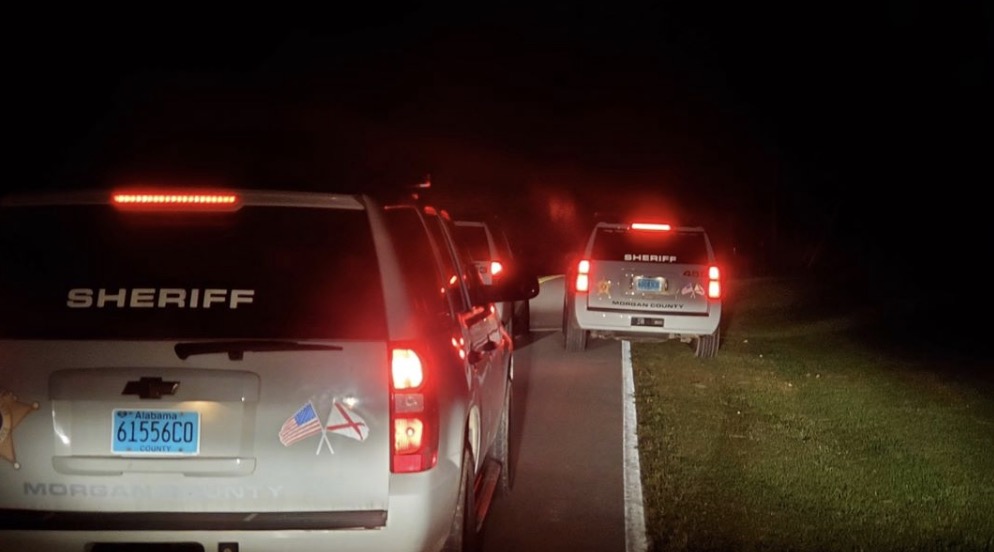 Authorities are looking for a 58-year-old north Alabama man they say shot three people to death and wounded a fourth on Sunday afternoon.

Peters is reportedly with April Hanner, and the two are possibly in a black 2013 Chevrolet 1500 pickup truck with Alabama tag number 52GL447.

Decatur police responded to reports of a shooting in the Danville area at about 7 p.m. Sunday night and found three people dead. A fourth person was flown to a hospital in Huntsville and was in stable condition Monday morning.

Posted by Morgan County Sheriff's Office on Monday, May 25, 2020

Police identified the dead as James Edward Miller, 55, Teresa Lynn Peters, 54, and Tammy Renee Smith, 50. Detectives also said “the shooting was an isolated incident of a domestic nature” but did not detail the relationships the people had with one another.

Comments on the Decatur police posts about the shooting from people who said they knew Peters indicated shock.

Police secured three warrants for capital murder against Peters and asked anyone with information about his whereabouts not to approach him but to contact Det. Sean Mukaddam at 256-341-4167 or via email at smukaddam@decatur-al.gov.