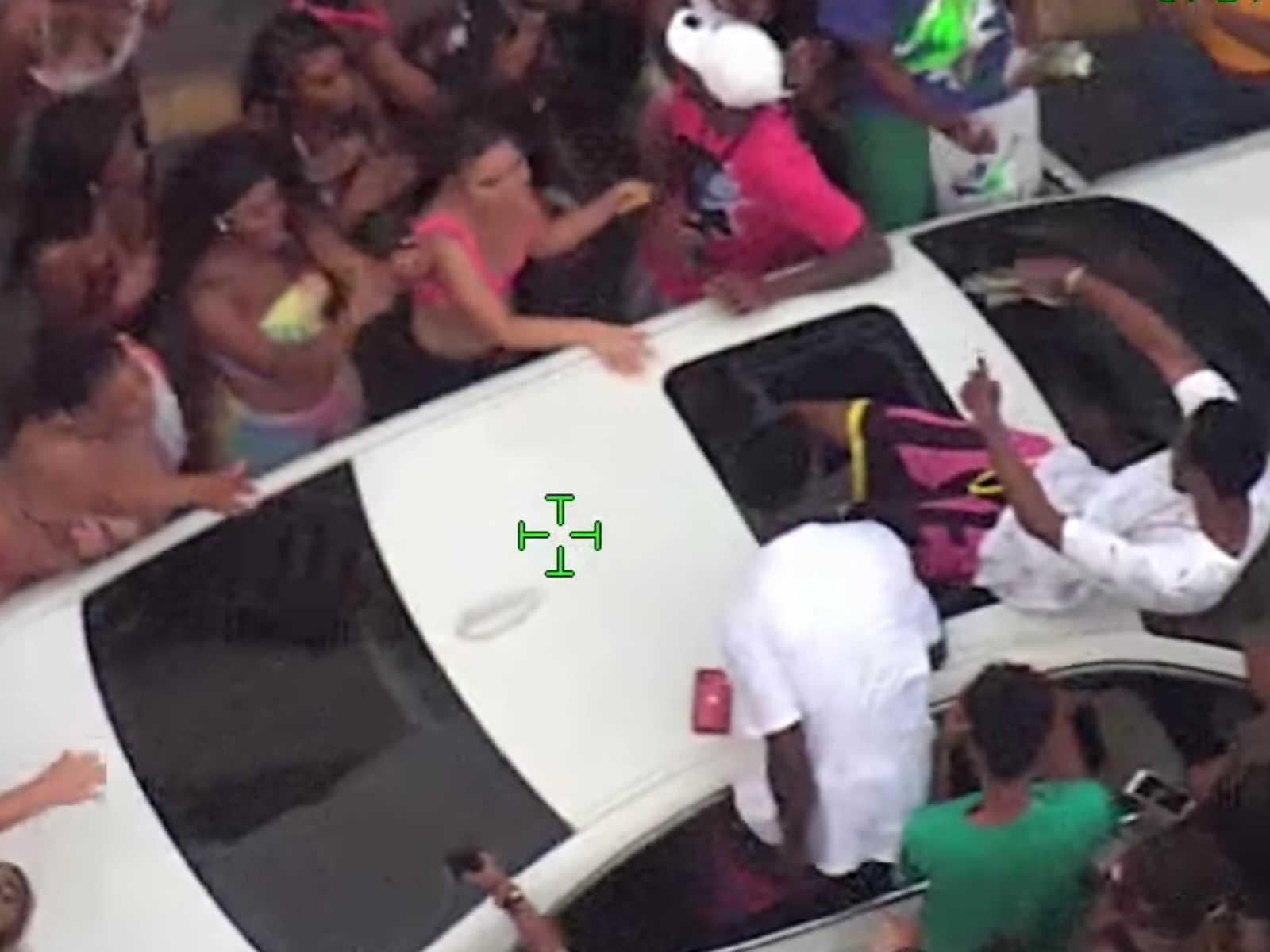 Florida’s beaches were packed over the weekend with quarantine-weary visitors who took advantage of the holiday weekend to flock into beach towns, largely ignoring social distancing guidelines put out by the state to combat the coronavirus pandemic.

In Daytona Beach, a widely publicized event called Orlando Invades Daytona was cancelled at the request of police, but crowds of people still flocked into the city, blocking streets and creating chaos, CBS Miami reported.

And on Saturday evening, a gunman opened fire near Daytona’s boardwalk, wounding six people, according to the Daytona Beach News-Journal.

Daytona Beach Police Chief Craig Capri said during a Sunday afternoon news conference that the suspect was still at large and the victims weren’t cooperating.

Posted by Daytona Beach Police Department on Sunday, May 24, 2020

“We thought we had a suspect in custody who was running from the scene, but it was not the suspect,” Capri said. “We are still looking for the suspect.”

Capri said two people were wounded and taken to the hospital for treatment. “As we were doing our investigation, we later found out that four more people were also hit by shrapnel and had minor injuries,” he said.

“Our victims are uncooperative; one of them will not talk to us,” he said.

Volusia County Sheriff Mike Chitwood said the shooting was the area’s only serious incident on a day when Daytona and other nearby beaches “got slammed” by visitors from all over Florida.

“Disney’s closed, Universal’s closed, everything’s closed,” he said. So where did everybody come? On the first warm day with 50 percent opening, everybody came to the beach.”

A man standing in a car’s sunroof tossing money to the crowd was apparently making a rap video, Chitwood said, causing major traffic problems in the area. He said detectives are combing through video to try to identify him.

Posted by Volusia Sheriff's Office on Saturday, May 23, 2020

Capri said an estimated 10,000 people hit the waves in Daytona. Police dispersed crowds when they got unwieldy, Chitwood and Capri said, but made no arrests.

“I know people were upset with the numbers of crowds there. I am a little pissed off, too, about a lot of this. We don’t take this lightly,” Capri said. “We got the coronavirus still going around and people not practicing social distancing. But I am not the social distancing police. It’s not my job.”

“If someone out there wants to ask a stupid social distancing question, social distancing is not a crime,” Chitwood said. “It’s an executive order issued by the governor that no prosecutor in the state of Florida has prosecuted anybody for that, and no judge is going to convict them.”

According to state rules, groups of people are limited to 10 or fewer. In some Florida areas, police turned away people heading to beaches. Deputies closed most beaches in St Petersburg and Clearwater on the Gulf side of the state, and some closed down on Sunday as well. On the Panhandle, Pensacola beachgoers kept their umbrellas 6 feet apart.

Further south, beaches were not open for the Memorial Day holiday. Broward County reopens its beaches on Tuesday, and Miami-Dade’s open on June 1, CBS Miami reported.