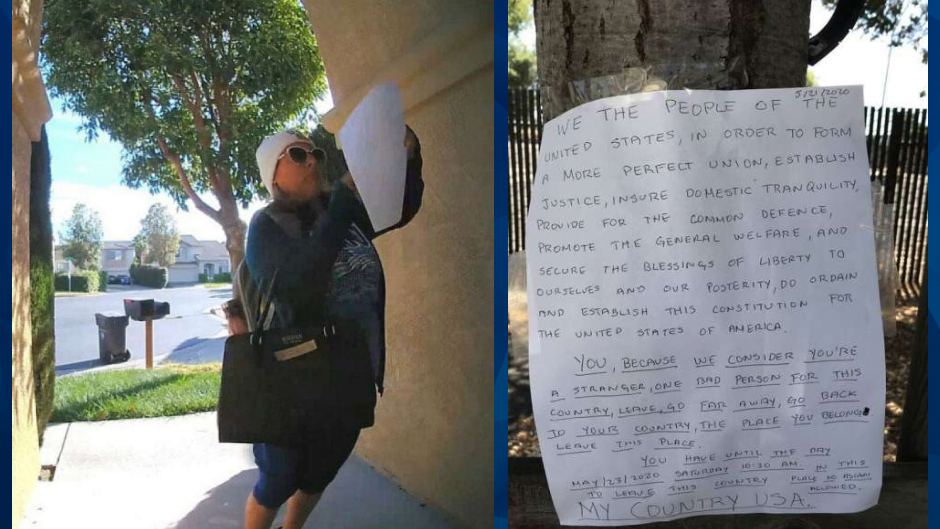 Resident left notes at Asian Americans’ homes demanding they ‘go back’ so white people can move in: Report

A California woman was arrested on Friday for allegedly leaving xenophobic letters at least five homes belonging to Asian Americans.

According to SFGate, Nancy Arechiga, 52, demanded in handwritten letters for people born outside the U.S. to “return, go back to your land immediately, fast, with urgency.” A copy of the letter was also found affixed to a tree in the San Leandro neighborhood.

The alleged letter gave immigrants, including children, until May 23 to leave the country.

“You, because we consider you’re a stranger, one bad person for this country, leave, go far away, go back to your country, the place you belong,” the note read. “In this place, no Asian allowed. My Country USA.”

SFGate reported that a Ring doorbell camera caught Arechiga posting one of the letters on someone’s front door. Within hours, police arrested Arechiga — who was allegedly found with copies of the letters in a backpack.

San Leandro police said Arechiga was arrested for “inappropriate messages that instilled fear and intimidation.” She was cited and released from custody.