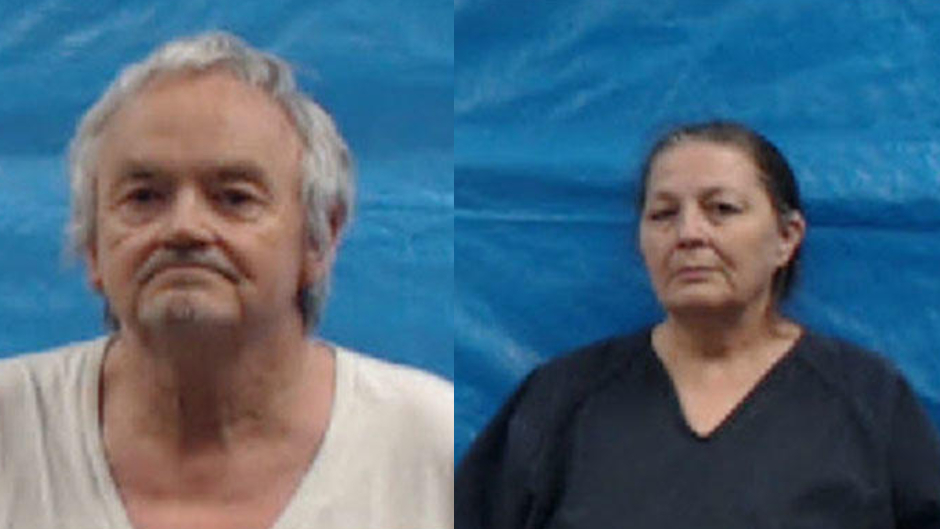 HOUSE OF HORRORS: Cops find skeletal remains of girl who died years earlier after being fed only bread and water for months; brother rescued from confinement in feces-strewn concrete basement [Report]

An ongoing child abuse and neglect case in Tennessee reportedly resulted in investigators finding a girl’s skeletal remains in a couple’s backyard on Saturday.

According to 1057News.com, authorities got involved on Friday, after someone called 911 about a 10-year-old boy walking alone in the street in Roane County. Officers eventually made contact with the boy’s parents, Michael Gray, Sr., 63, and Shirley Gray, 60, who allegedly claimed they didn’t realize he had left home.

The boy reportedly told the Department of Children’s Services investigators that another boy, a 15-year-old, was in the basement. The 10-year-old also revealed that a deceased child was buried in the backyard, according to WVLT.

Two Subjects in Custody in Child Abuse and Neglect Case(more charges likely in near future)Kingston, TN – (May 25,…

Michael Gray, Sr. allegedly disclosed that his daughter, about 11 years old, died in 2017 and was buried in the backyard. He also mentioned that his 15-year-old son was imprisoned in the basement — which investigators learned he had been confined to since 2016, according to WVLT.

Investigators also believe that the 15-year-old had no contact with the outside world since being imprisoned in the basement for stealing food. Along with the teen, the couple allegedly only fed their 11-year-old daughter bread and water in the months preceding her death.

Documents stated that the home was covered in animal feces and reeked of urine. The basement was reportedly covered in trash and had exposed wires and no running water.

Michael Gray, Sr. allegedly showed investigators a small concrete room built under the steps in which two of the children were kept as punishment. The room reportedly had no running water or electricity.

According to WVLT, the girl was buried near a pole barn on the property which was surrounded by farm animals. Her cause of death is not yet known.

In addition to the deceased girl, Michael Gray, Sr. and Shirley Gray reportedly moved into the Roane County home in 2016 with three children, ages 11 to 15. Ninth Judicial District Attorney General Russell Johnson said the couple was the children’s adoptive parents.

The Grays allegedly revealed that their children hadn’t received medical or dental care in six years. Shirley Gray reportedly had the four children enrolled in homeschooling, claiming they were meeting required benchmarks despite the 11-year-old’s death in 2017.