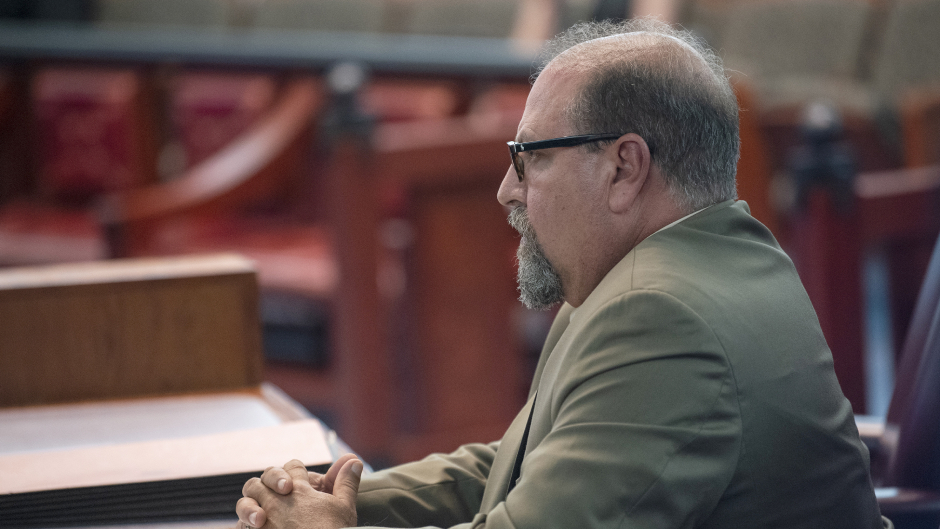 A New Jersey judge who in 2016 suggested that a rape victim should have tried to stop her attacker by closing her legs was officially removed from the bench Tuesday.

The New Jersey Supreme Court unanimously ruled in favor of John Russo Jr.’s permanent barring as judge in the state. The seven-justice committee determined that Russo, a former Ocean County Superior Court judge, committed “repeated and serious acts of misconduct” during his tenure.

The state Supreme Court found that Russo behaved inappropriately during a 2016 court hearing in which a woman requested an extension to the restraining order against the man who allegedly sexually assaulted her. The woman claimed the man threatened her life and made comments about her child.

Defense attorneys had asked the woman about her employment as an exotic dancer and if she ever received unwanted sexual advances at work. Thereafter, Russo quizzed the woman about what should be done to prevent sexual assault.

After the woman responded that someone could physically fight their attacker or say no, Russo quipped that more measures should be taken.

“Close your legs? Call the police? Did you do any of those things?” the judge asked.

Russo not only denied the woman’s request for a final restraining order but dismissed her temporary restraining order against her alleged attacker. Russo wrote that the woman wasn’t credible and defended his controversial line of questioning. The state Supreme Court also found that he made inflammatory comments about the woman in front of his staff after her testimony.

“I asked her if she tried to close her legs. And for the record, I believe her testimony was they had intercourse. And I asked if she tried to use her hands to stop the defendant from sexually assaulting her. Again[,] I did not get an answer that I could understand,” the judge opined.

The state Supreme Court also cited three other violations in justifying their decision to remove Russo from the bench. One of the incidents entailed Russo threatening a woman with fines during a paternity case after she stated that she was afraid to provide her address because the plaintiff had molested her daughter and she feared for her son’s safety.

During a nine-minute exchange, Russo said that if she didn’t provide her address, she would permanently lose credibility with the court.

Russo’s removal from office means that he cannot occupy any judicial positions in the state.

“His pattern of misconduct and unethical behavior not only undermined the integrity of different court proceedings but also impaired his integrity and the Judiciary’s,” Chief Justice Stuart J. Rabner wrote in the majority opinion for the high court.

“His overall behavior reflects a lack of probity and fitness to serve as a judge. And his conduct breached the public’s trust.”