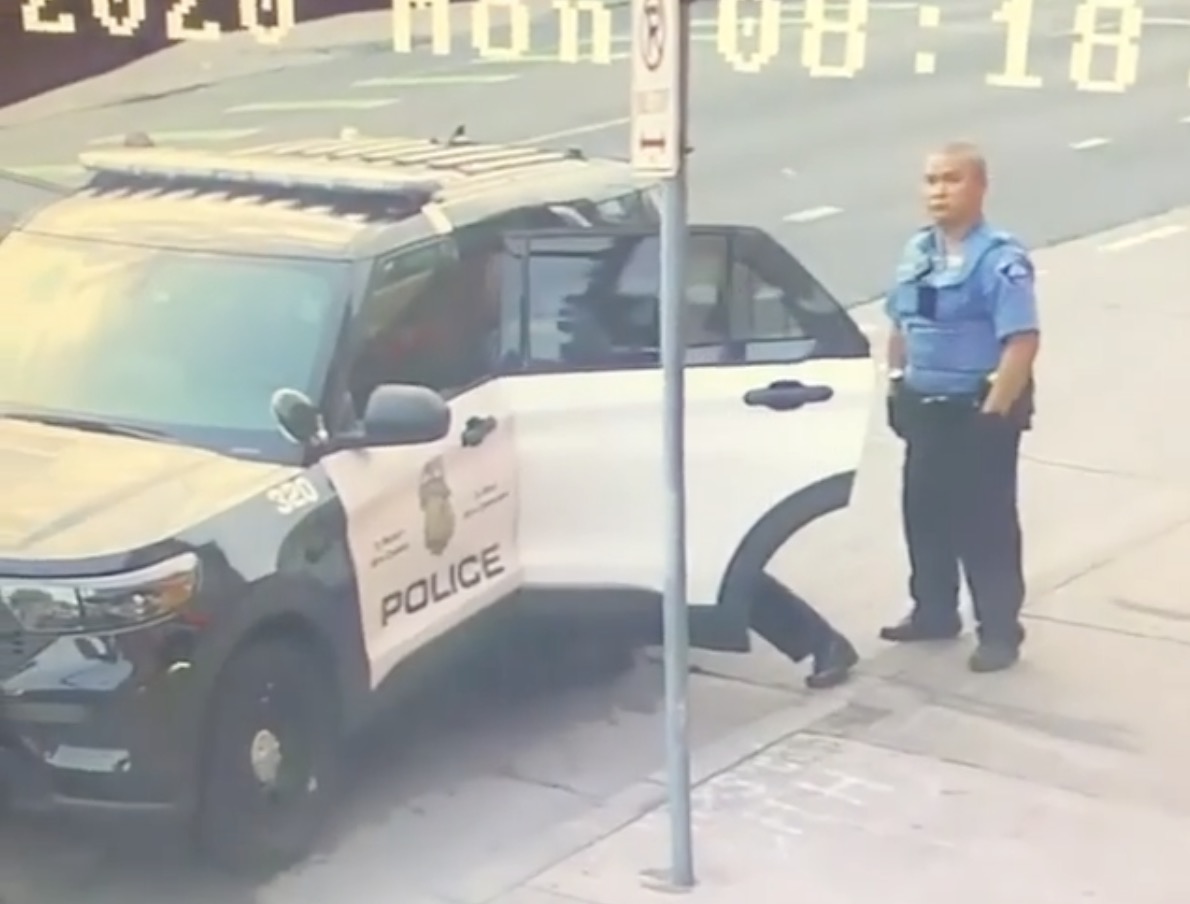 New video of the arrest of George Floyd earlier this week appears to show hectic activity inside the police car shortly before Floyd is pinned to the ground outside the vehicle with then Office Derek Chauvin’s knee pressing into his neck, TMZ reports.

CrimeOnline has not independently corroborated the authenticity of the video, but it appears to have been shot from inside the Cup Foods that reported Floyd had passed them “fake bills.” The video appears to be surveillance footage recorded on a cell phone from a computer screen.

The video is date and time stamped at the time of the incident, and a bus stop street sign and traffic light post are in the the same places in the video that they are in Google maps. A trash can seen on the Google map of the location is not in the video — but the spot where it once was can be seen as a slightly different colored spot on the sidewalk. The Google Map also shows the green cross stripes seen in the video.

Floyd is not seen in the video, but the three officers are very active inside the back seat of the vehicle.

BREAKING: Just got this new video. It’s all coming together. Police were in the car beating the shit out of George Floyd. One stands watch, while the others attacked him.

Several videos have surfaced since the original video, which showed Chauvin pressing his knee into Floyd’s neck for nearly nine minutes, almost three minutes of that time after Floyd had become unresponsive, as CrimeOnline previously reported. Floyd was pronounced dead at a hospital. Another video shows the same scene as the original video from across the street, and other surveillance footage shows officers pull Floyd from his car, and Floyd handcuffed and against a wall before officers lead him toward the SUV. Police also released body cam footage from an officer some distance away.

See more reporting from CrimeOnline on this story.