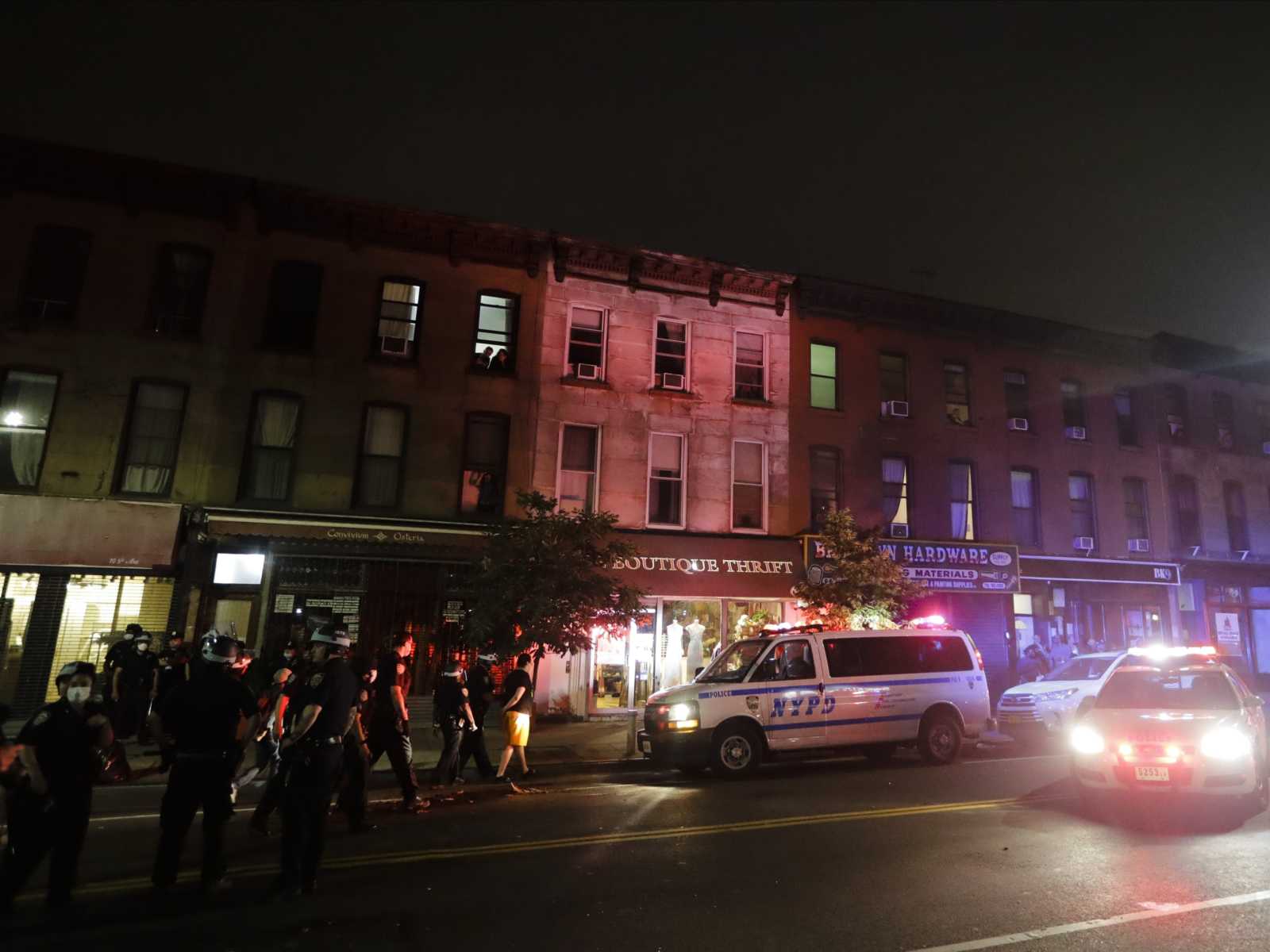 An upstate New York woman has been charged with the attempted murder of four police officers for allegedly throwing a Molotov cocktail at a police van in Brooklyn during protests against the police killing of George Floyd this week in Minneapolis, ABC 7 reported.

Samantha Shader, 27, was also charged with attempted arson, criminal possession of a weapon and reckless endangerment. Her sister, 21-year-old Darian Shader, tried to intervene in the arrest and was also taken into custody, charged with obstruction of justice and resisting arrest. Both women are from Catskill, about 130 miles from Prospect Park, where the Brooklyn protest took place.

Floyd, a 46-year-old black man, died on Monday after spending nearly nine minutes with now-fired and arrested police officer Derek Chauvin’s knee pressing into his neck. Floyd repeatedly told officers who were investigating an allegation of a forged document that he couldn’t breathe, but Chauvin, a white man, did not remove his knee until near three minutes after Floyd became unresponsive, as CrimeOnline previously reported. The arrest, which was captured on video, and Floyd’s death sparked protests across the country.

Samantha Shader’s incendiary device failed to ignite, and the officers inside the van weren’t injured, but Shader bit one of the officers in the leg as he tried to take her into custody.

“It is by the grace of God … that we don’t have dead officers today,” New York City Police Commissioner Dermot Shea said, ABC 7 reported.

Shea called for peaceful protest and said that civil disobedience could be part of that.

“Coming to an assembly premeditated with loaded firearms, with bricks, with Molotov cocktails, is the furthest thing possible from civil disobedience,” Shea said.