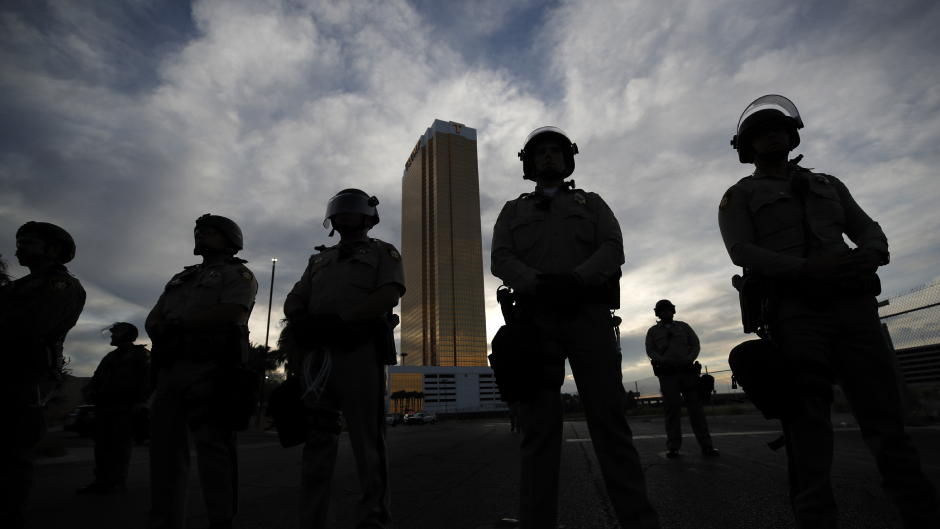 Police officer clings to life after being shot in head during protest: Officials

A Nevada police officer is reportedly on life support after being shot in the head during a protest-related shooting on Monday night.

A source told KLAS that the Las Vegas officer was in an altercation with someone near Circus Circus casino when the suspect approached the officer from behind and shot them. Las Vegas Sheriff Joseph Lombardo claimed protestors were throwing rocks and other items at officers before shots rung out.

The shooting that has left the Las Vegas officer in extremely critical condition occurred not far from another officer-related shooting Monday night.

KSBY reported that the second shooting happened in front of the Foley Federal Building near Bridger Avenue and Las Vegas Boulevard. Someone allegedly wearing body armor and wielding multiple guns engaged officers. The officers opened fire on the suspect, who was shot several times and pronounced dead at a hospital.

An individual with multiple guns and wearing body armor approached the building and engaged the officers. They opened fire, and the armed individual was struck several times. He was transported to a local hospital and pronounced deceased.