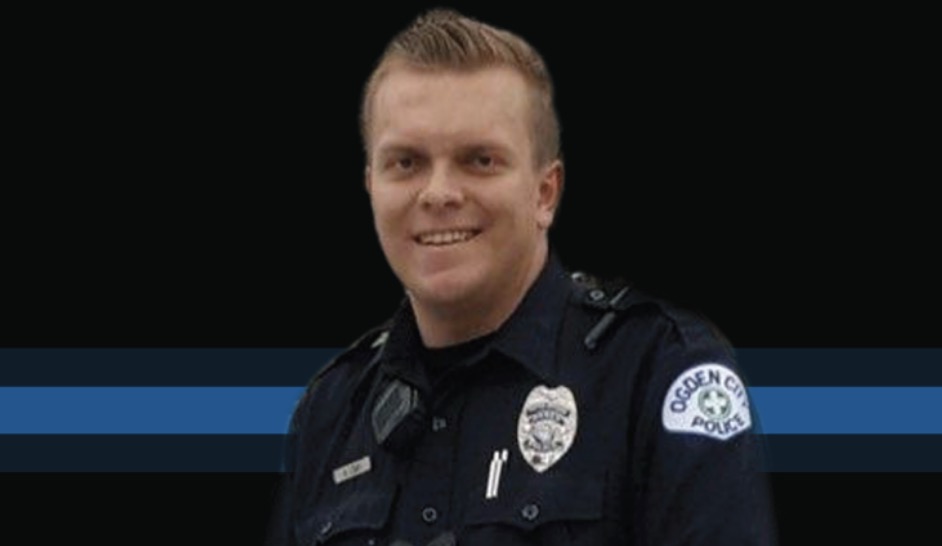 A Utah police officer was shot in the head while his back was turned to the man who killed him, according to a report from the Weber County Attorney’s Office released on Wednesday.

Ogden City Officer Nathan Lyday, 24, died instantly on May 28 while he and another officer were responded to a domestic abuse call, KSL reported.

The incident began just after noon last Thursday when a woman called 911 and said that her husband had beaten her and threatened to kill her, as CrimeOnline previously reported. When the call was disconnected, officers headed to the scene.

They were met by John Coleman, 53, at the front door. The officers’ body cameras showed Lyday talking with Coleman throw a glass screen door, Weber County Attorney Chris Allred said in a statement.

According to Allred’s statement, the body camera footage “shows that both officers remained calm and professional with Coleman as they attempted to investigate the domestic violence call” Allred continues.

Coleman was uncooperative, and closed the front door. Lyday turned to speak with the other officer about what to do next when Coleman partially opened the front door and fired a rifle at Lyday, striking him.

Holding a notebook and pen when Coleman opened fire and “had no opportunity to react when Coleman started firing,” Allred said.

The other police officer on scene fired back, as did two Adult Probation and Parole agents as Coleman continued to fire on the officers. One of the probation agents was hit when he tried to rescue Lyday.

About 40 minutes later, officers entered the home and found Coleman dead of a gunshot wound to the head. Investigators determined he was shot by a police officer.