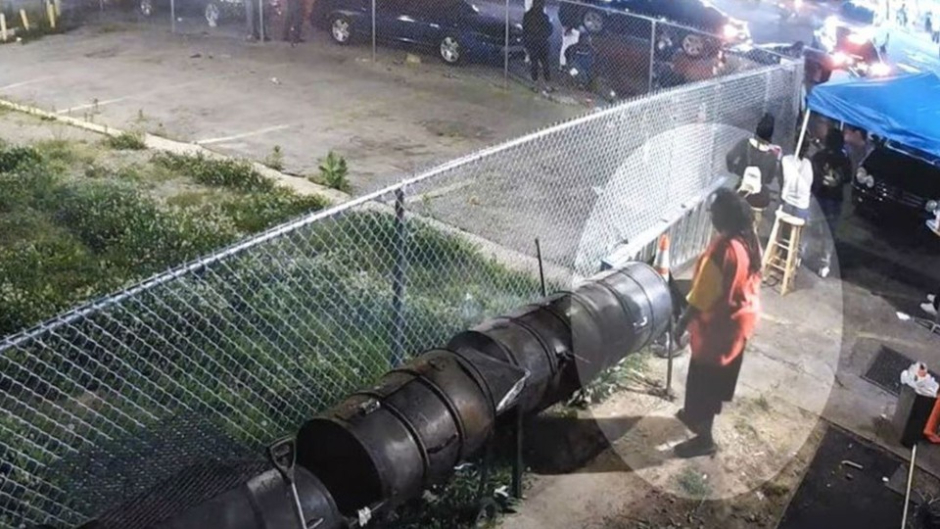 Authorities released surveillance footage Tuesday of what they say shows a black business owner shoot at the Kentucky National Guard and police before they returned fire, killing him.

The Louisville Metro Police Department released two videos, one taken outside of McAtee’s Yaya’s BBQ Shack, and the other from an adjacent business. According to NPR, police claimed officers dispersed a crowd at a nearby parking lot and were moving towards McAtee’s business when McAtee, 53, shot at them.

The crowd in question were protesting the death of Breonna Taylor, 26, a black woman who police reportedly fatally shot in March while executing a no-knock warrant at her home.

***WARNING: The following video shows an officer-involved shooting which could be disturbing to some viewers. Please use discretion.***

The video from inside McAtee’s storeroom shows multiple people entering and exiting to an alleyway. At the end of the video, a group is seen running inside before a man, presumably McAtee, reaches outside the doorway while rushing inside. Moments later, he’s seen clutching his chest and falling to the floor.

The video from the adjacent business apparently shows a man believed to be McAtee checking on grills in an alleyway. Multiple people are then seen running toward a door in an alleyway before an armed group, presumably, soldiers or police, block the alley’s entrance. The footage also appears to show the officers shoot at the door but the view is obscured by a screen door.

Louisville police Chief Steve Conrad was fired after it was revealed that the officers involved in Monday’s deadly incident hadn’t activated their body cameras as they were required to do.

Louisville police Major Paul Humphrey stated that the two videos provide the full picture but, preliminarily, it suggests that McAtee shot first. He declined to disclose if a gun was found on McAtee and whether the National Guard or local police fatally shot him.

“This is going to be difficult,” Mayor Greg Fischer said Tuesday, referring to the release of the two videos. “This is a difficult piece of the story to process, but I believe in transparency.”