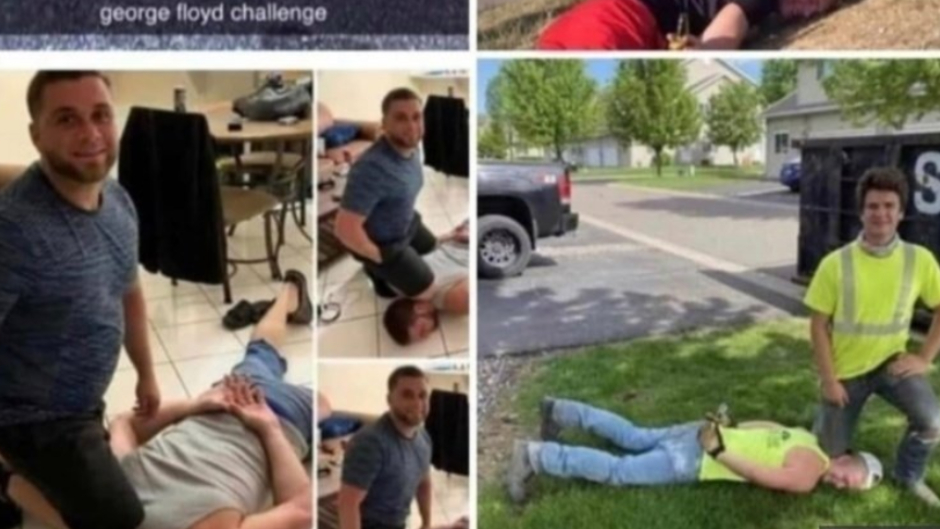 Several social media platforms are cracking down on an online trend called the “George Floyd Challenge” — in which users reenact the Minnesota man’s death at the hands of police.

Business Insider reported that Facebook, TikTok, and Instagram have blocked posts using the hashtag #GeorgeFloydChallenge. Posts including the hashtag reportedly showed people kneeling on someone’s neck, similar to how Floyd, 46, died on May 25.

Four Minneapolis officers — Derek Chauvin, 44, Thomas Lane, 37, J. Alexander Kueng, 26, and Tou Thao, 34 — arrested Floyd amid allegations that he used a counterfeit bill at Cup Foods. Officers reportedly pulled Floyd from his car before they were filmed struggling with Floyd in the back of the police cruiser.

After Floyd was removed from the cruiser and forced to the ground, Chauvin was filmed forcing his knee into Floyd’s neck for nearly nine minutes before Floyd lost consciousness and died.

Business Insider reported that Facebook and Instagram have blocked the hashtag, but it’s still visible on TikTok. The outlet noted that a lot of the images being shared on Facebook and Twitter appear to have originated on Snapchat.

A Twitter spokesperson told Business Insider that tweets reenacting Floyd’s death will be removed, but posts using the images but denouncing the trend will stay on the site with a “sensitive media warning.”

News of the “George Floyd Challenge” comes as a New Hampshire high school denounced three students who reportedly filmed themselves reenacting Floyd’s death. WBTS reported that the video showed one student on the ground as another student kneeled on his neck with a gun pointed at his head.

School officials said three students were involved in the video, even though only two were visible. It’s not immediately known whether they’ll face any disciplinary action.