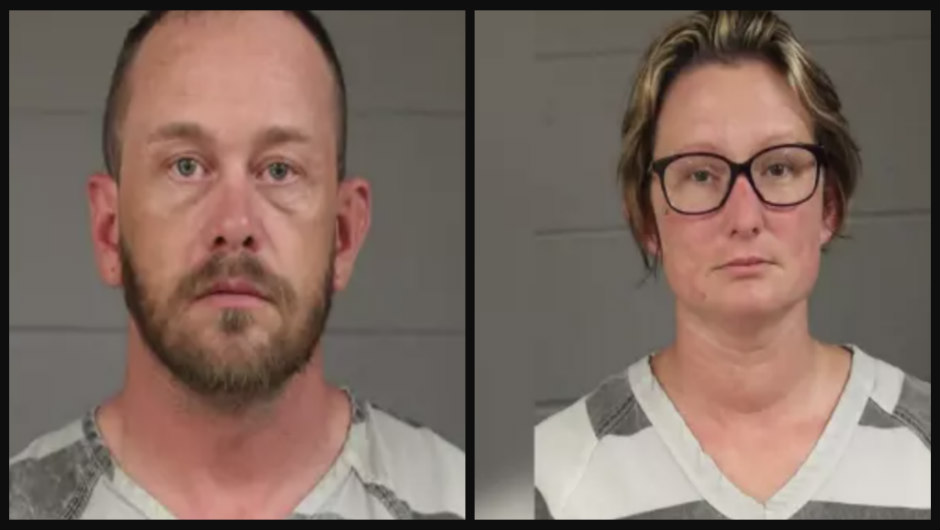 A South Dakota couple allegedly abused their children for years, giving them drugs, punching them, and in some cases shocking them with a cattle prod, the Argus Leader reports.

Lance Long, 36, and Crystallynn Long, 40, face numerous criminal charges, including distribution of marijuana to a minor, distributing a controlled substance to a minor, abuse or cruelty to a minor and aggravated assault with a dangerous weapon.

Another sibling, now an adult, alleges that Lance Long raped her at least 150 times and would shock her with the cattle prod and tie a dog collar around her if she refused to have sex with him, KELO-TV reports. Sex crimes charges have not been filed, but authorities say additional charges could be coming.

At least one of the children said they had also been punched in their kidneys and thighs and had been subjected to electrical shocks, court records state.

Lance and Crystallynn Long “had been giving several children in the household meth and using a hot-shot cattle prod to get the children to obey commands or if they weren’t listening they’d get zapped by this hot-shot cattle prod,” Minnehaha County Sheriff’s Captain Josh Phillips wrote in court documents.

Authorities found out about the abuse after one of the children recently joined the Marine Corps. The child had told a recruitment sergeant about the issues he and his siblings were having at home. The sergeant contacted one of the child’s relatives, who in turn notified authorities, according to the Argus Leader.

When officers spoke with the child, he said an older sibling had previously reported the abuse but nothing happened. The child said he feared that reporting again “would make things worse for them” like what happened to his sister, according to a police affidavit.

The child said he spoke up because he was afraid he couldn’t protect his siblings after he moved out of the house and joined the Marines.

Sheriff’s deputies went to the home and spoke with the children, who initially denied the abuse allegations. But one deputy noticed that a child seemed to be “excessively nervous” and asked to speak with the child alone and away from Crystallynn, who had also denied the claims.

Inside a vehicle, the child told the deputy that what her sibling reported was true.

“She said she is very worried about her two younger brothers, but she’s happy that someone finally said something about Lance,” an affidavit states.

Crystallynn then began walking toward the vehicle and the child asked the deputy to end the conversation.

A detective later arrived at the house with a social services employee. When interviewed again, Crystallynn said Lance would “sometimes chase their children with a hot-shot taser to intimidate them, but that he doesn’t actually taze them,” the warrant states.

One of the children said Lance gave them drugs to “help them learn about drugs, so that drugs wouldn’t ruin their lives later on,” court records state. The child further said that Cyrstallynn did not encourage the use of drugs, but that she was aware of it.

When police searched the home, Cyrstallynn gave them a hot-shot taser out of a hallway cupboard as well as a liquid substance with no prescription information.

Authorities asked Lance to meet them for an interview, but he declined because he said there was a warrant out for his arrest. He denied the abuse allegations.

Investigators contacted the older sibling, who said Lance would physically abuse her and the other children, the warrant states.

“Lance is a cruel and evil person” and enjoys controlling and hurting kids, the older sibling said, according to court records.

The older sibling further said that Lance started raping her when she was 14 and did so at least 150 times, KELO-TV reports. She alleged that if she refused to have sex with Lance, he would hit her, shock her with the cattle prod and tie a dog collar around her thigh.

One of the children said Lance has a quick temper but did not discuss abuse. Another child said Lance first electrocuted him when he was 7 and had done so multiple times since; the child also reported that Lance showed him pornographic images.

A doctor who examined the children documented marks that are consistent with physical abuse, according to a warrant.

Child protective services took custody of the minor children and they are otherwise in good health.

During the police inquiry, Lance and Crystallynn Long fled the state to Oklahoma, where they were arrested. The pair made initial court appearances on Thursday.