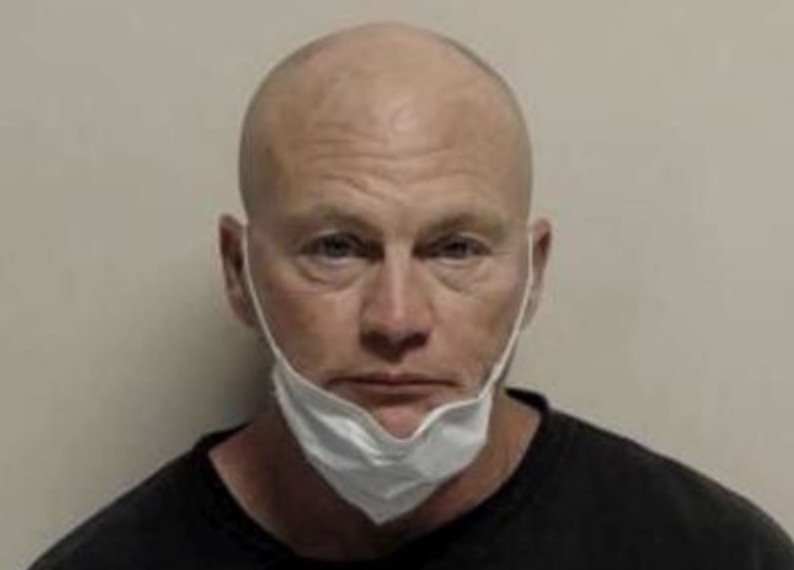 A Utah man was arrested Saturday after he allegedly tried to force a woman to have sex with him and refused to let her leave his apartment, the Orem Daily Herald reports.

Police were called to John DeHaven’s basement apartment in Orem when his upstairs neighbors called to report hearing a woman screaming.

The woman told police she was an escort and did not provide sexual services, but DeHaven, 51, refused to accept her repeated statements to that effect.

According to arrest documents, the woman said that she arrived at DeHaven’s apartment, accepted her $200 payment, and asked what her client wanted to do. When he said he wanted to have sex, she said that she reiterated the agreement that she didn’t provide sexual services, and he eventually agreed to a shoulder massage.

She went to the restroom, and when she returned, she said that DeHaven was wearing only a towel. He removed the towel and touched her through her underwear, then tried to pull down her underwear and skirt. When she told him she would not continue and tried to leave, DeHaven allegedly blocked the door, yelling that she was stealing from him. At that point, she said, she threw the $200 onto the floor.

DeHaven still refused to let her leave, she said, so she tried to call her security for assistance, but DeHaven began to wrestle her for the phone. She started to scream, DeHaven put his hand over her mouth, and she bit his thumb.

At that point, she said, the people who lived above the basement apartment called down they were calling the police. DeHaven allegedly told them the police wouldn’t believe the woman because she’s an escort. He did let her go at that point, and she went outside to wait for police in her vehicle.

Officers said they found her crying and in a state of panic, and when they went to speak with DeHaven, they found a bite mark on his thumb. He told police he had asked the woman to “hang out” and refused when she demanded money. She stole money from his dresser, he said, and he tried to get it back, accounting for the injury.

When police tried to arrest him, he charged one of the officers while in handcuffs and struggled with officers when they tried to put him in a patrol car. “Take these handcuffs off, and we’ll see what happens,” he told the officers.

DeHaven has been charged with second degree forcible sexual abuse, interference with an arresting officer, and unlawful detention.