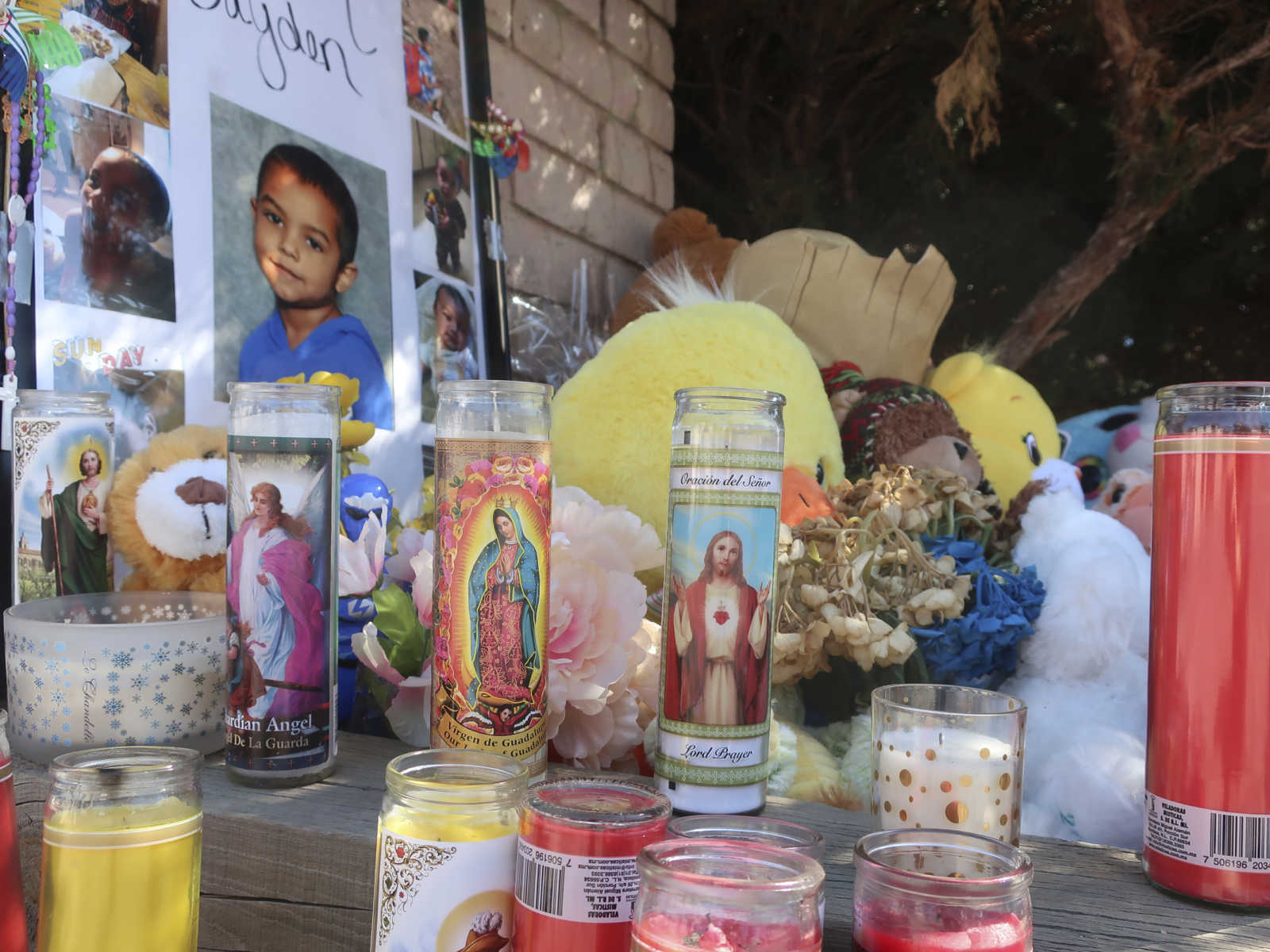 A 6-year-old Arizona boy who died in March was in a “non-life-sustaining state of starvation,” weighing just 18 pounds at the time of his death, according to a just-released autopsy report, the Arizona Daily Sun reported.

Medical examiner Lawrence Czarnecki wrote that Deshaun’s skin was stretched over his bones and he had almost no body fat, giving him a skeletal appearance. His eye, surrounded by dark circles, were sunken, and his hair was brittle, he said.

The autopsy report also said the boy had bruises and abrasions on his body that were not lift-threatening.

The autopsy report also revealed that Deshaun had a history of difficulty gaining weight and had been hospitalized at 2 weeks old because of sepsis and a urinary tract infection. At the time, he had trouble keeping food down. His parents were counseled on how to keep his weight up when he was discharged after 10 days. The report said he had climbed to 34 pounds by age 4, but had dropped to 27 a year later.

Police were called to the family’s Flagstaff home on March 2 when the grandmother called 911 about an unresponsive boy. Firefighters pronounced him dead at the scene after they couldn’t revive him.

“The physical appearance of the six-year old child did not compliment his age, appearing malnourished,” the police report read.

The child’s parents allegedly admitted they kept him and his 7-year-old brother inside a closet in a bedroom and sometimes withheld food. The parents said they put the children in the closet to punish them for sneaking in the kitchen and stealing food at night.

According to police, the boys were placed in the closet at around 8 p.m. at night, then let out around noon the following day. They were not enrolled in the local public school district, according to FOX 10.

Ann Marie Martinez allegedly admitted that she knew her grandsons were being held in a closet but claimed that she didn’t do anything wrong.

“I’m a law-abiding citizen just trying to help grandkids not be in the streets,” she said during jail video, according to the Associated Press.

Anthony Martinez reportedly became volatile after his arrest. He arrived at the Coconino County jail in a wheelchair with this ankles shackled and his hands handcuffed behind his back. Authorities said he screamed profanities at them during the booking process and acted belligerently.

The 7-year-old and two younger siblings who also lived in the home, ages four and two, were put into the care of the Department of Child Safety.