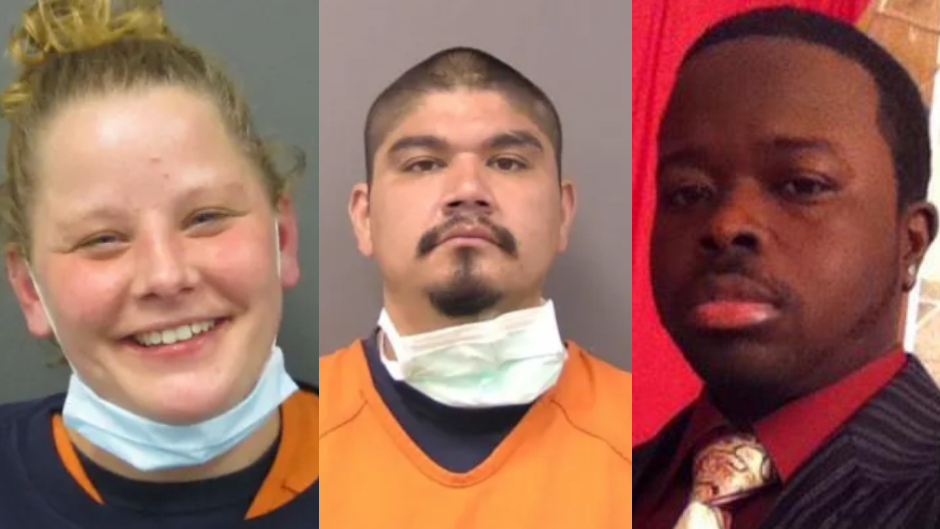 Police in Minnesota arrested two people who allegedly assaulted a couple Thursday night in a random attack that resulted in the boyfriend’s death.

Citing a criminal complaint, Bring Me the News Minnesota reported that Richard Stephen’s girlfriend claimed she and Stephen, 33, (pictured right) were walking into their apartment when the suspects yelled things at her like, “Hey girl, hey girl,” from an SUV. Stephen’s girlfriend reportedly cursed at the suspects and told them to stop cat-calling her and to leave her alone.

The couple was reportedly walking through a tunnel entrance to their apartment when one of the suspects, Erin Sundby, 35, (pictured left) exited the SUV and assaulted Stephen’s girlfriend. The girlfriend said she believes she briefly lost consciousness after Sundby slammed her head into the concrete, according to Bring Me the News.

Stephen’s girlfriend reportedly recalled Sundby calling her a “stupid f**king b***h” while pummeling her. During the attack, the girlfriend claimed she spotted two men assaulting Stephen.

The complaint stated that after the attack, the suspects fled and the couple went into their apartment.

Stephen reportedly called a friend and told them about being stomped on by two men. Stephen’s girlfriend said he laid down on the couch and became unresponsive. Stephen’s girlfriend claimed she realized Stephen was unconscious after finished talking on the phone to several friends about the incident, according to Bring Me the News.

Though Stephen was breathing and had a pulse when Moorhead police arrived, he ultimately died from his injuries.

An autopsy determined that Stephen suffered a skull fracture, subdural hematoma, and conjunctival hemorrhage. The medical examiner attributed his death to craniocerebral injuries and a subdural hematoma caused by blunt trauma to the head.

As officers responded to the scene, Sundby and Cameron St. Claire, 32, (pictured center) allegedly walked past the victims’ apartment — prompting Stephen’s girlfriend to identify Sundby as her attacker, Bring Me the News reported.

Officers reportedly noticed dried blood and bruising on Sundby’s right hand and markings on St. Claire’s hand and dried blood on his shoes.

According to Bring Me the News, Sundby and St. Claire were known to law enforcement as Sundby allegedly led police on a chase through Clay and Cass Counties on May 15. Authorities believe St. Claire was a passenger but, for undisclosed reasons, they were unable to charge him.

After the May 15 incident, Sundby — who also has an open burglary case in Clay County — was released without bail because she agreed she wouldn’t break the law.

A motive is unclear. It’s not immediately known whether police have identified or arrested a third suspect.