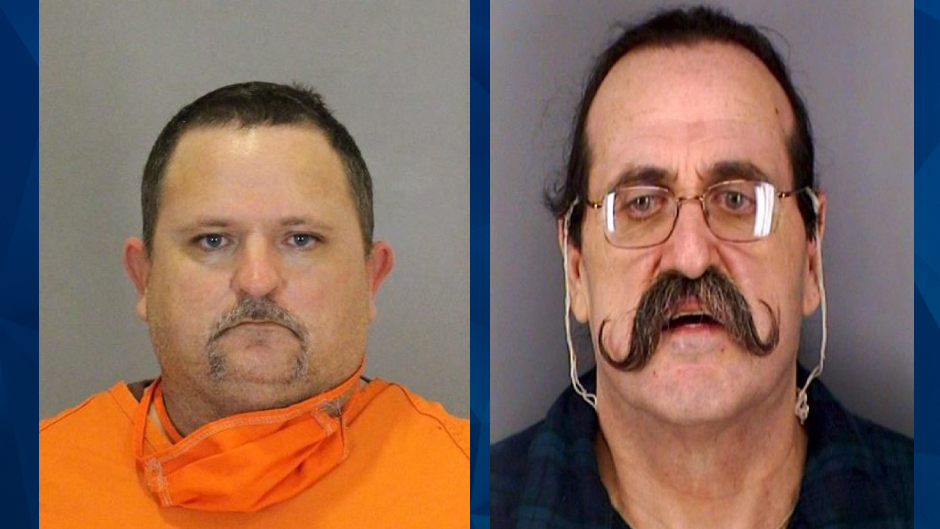 A Nebraska man who remains jailed for allegedly fatally shooting his neighbor — a sex offender convicted of sexually assaulting two children — told local reporters this week that he doesn’t believe a jury will convict him of first-degree murder.

Speaking with the Omaha World-Herald and KMTV, James Fairbanks, 43, recounted the events leading up to the May 14 shooting death of Mattieo Condoluci. Fairbanks reportedly claimed he zeroed-in on Condoluci, 64, after learning that he lived on the same street where he planned to move.

Fairbanks alleged that days before the shooting, he caught Condoluci eyeing children in a driveway as he pretended to wash his car without soap or water. Fairbanks told the World-Herald that the ordeal made him fearful that the registered sex offender would strike again. However, Fairbanks admitted he never called police about the playset in Condoluci’s backyard or about him eyeing children.

Photos taken by the World-Herald appear to support Fairbanks’ claim that Condoluci had a child’s playset in his backyard.

Condoluci was convicted of attempted lewd or lascivious assault upon a child in 1994 in Florida and sexually assaulting a teen girl in Nebraska in 2007. Reports indicated that at the time of the slaying, Fairbanks was an Omaha Public Schools employee who previously worked in correctional facilities and group homes.

Fairbanks revealed to the news outlet that as a child, he walked in on someone close to him being sexually assaulted. He also claimed that he’s seen how sexual trauma affects children due to his line of work.

Fairbanks said the thought of Condoluci victimizing another child — compounded with the realization that Condoluci had a playset in his backyard — led him to the registered sex offender’s home with a gun in tow.

“If you hurt any of them, you’re not going to get another slap on the wrist. I’m going to be watching, and I’m going to deal with you,” Fairbanks recalled telling Condoluci.

Fairbanks told the World-Herald that he then brandished his gun and ordered Condoluci to step back. Condoluci reportedly stepped back about 15 feet — leading Fairbanks to notice a purse on a nearby couch and suspect someone else was home.

Fairbanks alleged that Condoluci, who stood at 6 feet and weighed 300 pounds, charged at him. Fairbanks said it was then he opened fire, wounding Condoluci in the chest.

Fairbanks said he doesn’t recall how many times he shot Condoluci before he collapsed. Fairbanks then fled the home.

Condoluci’s body was found two days after the May 15 incident. While authorities investigated the circumstances surrounding Condoluci’s death, Fairbanks allegedly turned himself in and confessed after sending multiple outlets an email detailing why he killed the convicted sex offender.

The World-Herald reported that in November, a woman reported to police that Condoluci had sexually assaulted her in his home on multiple instances in August in September. Court records didn’t reveal whether Condoluci was criminally charged in connection with those allegations.

The accused murderer told KMTV that he’d be willing to take a plea deal if state legislators consider levying harsher penalties against convicted sex offenders. However, he also said that he believes a jury considering all the facts in this case wouldn’t convict him of first-degree murder.

Fairbanks went on to say that he appreciates the outpouring of financial and moral support he’s received in light of his arrest. He also said that if released, he wouldn’t inflict the same punishment on other convicted sex offenders.

“While I don’t regret what I did, I’ve gotten a firsthand look at the pain it’s caused my own kids and my family,” he told the World-Herald. “I’d rather go to prison for the rest of my life and sit in a corner if my kids and my grandkids are safe, if everybody’s kids are safe.”