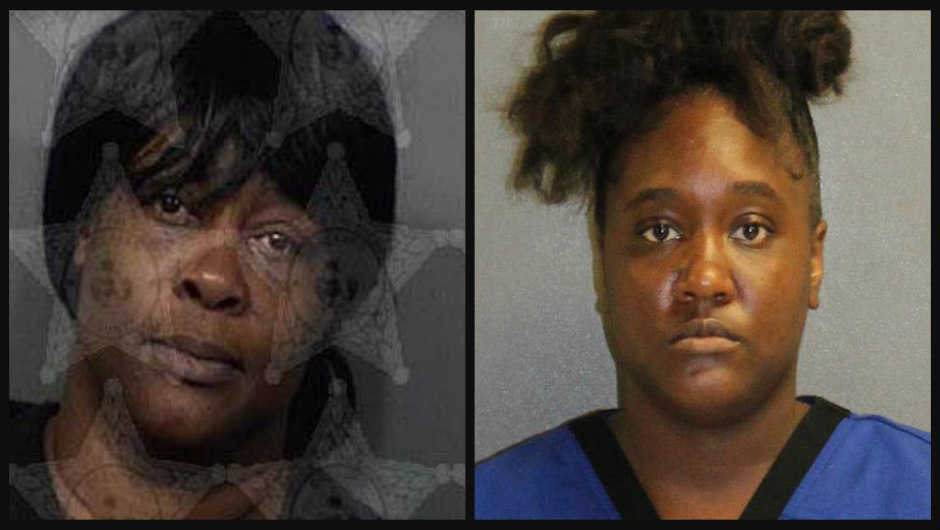 Two Florida women are facing criminal charges after the death of a 6-month-old baby who was found inside a plastic container, WOFL-TV reports.

The Brevard County Sheriff’s Office this week arrested Tanya Galvin, 41, and Ricky Nicole Tubbs, 25, after deputies made the horrific discovery several months ago.

On March 1, a deputy saw three young children walking alone in Cape Canaveral. After speaking with the children, who ranged in age from 2 to 4, deputies went to their home.

Inside the residence, Galvin was found sleeping and told deputies she did not know where the children had been, and that she assumed they were in the care of Tubbs, according to the sheriff’s office.

Because the 2-year-old was “wet and smelled of urine,” a deputy began looking for diapers to change the child. That’s when the deputy found an infant who was naked and unconscious inside a plastic storage container.

The deputies immediately started CPR and paramedics rushed the child to a local hospital. He was later pronounced dead.

Authorities identified the child as Scorpio Sharp, who was 6 months old. An autopsy determined he died from drowning. Child welfare officials subsequently took the remaining children out of the home and placed them in foster care.

Tubbs had reportedly been away from the residence since the previous night and was supposed to return before the children’s father went to work the following morning. When Tubbs did not come back, the father still left for work and told Tubbs to return as soon as possible so the kids, who were reportedly all alive at the time, would not be left with Galvin for much longer.

“The investigation further determined that Tubbs had consumed alcohol and narcotics during the evening and did not return to the residence . . . until after the infant had been discovered by deputies,” the sheriff’s office said in a news release.

Prosecutors have charged Galvin with aggravated manslaughter of a child as well as violation of probation, while Tubbs is facing a charge of neglect of a child with great bodily harm. Both remain in jail.