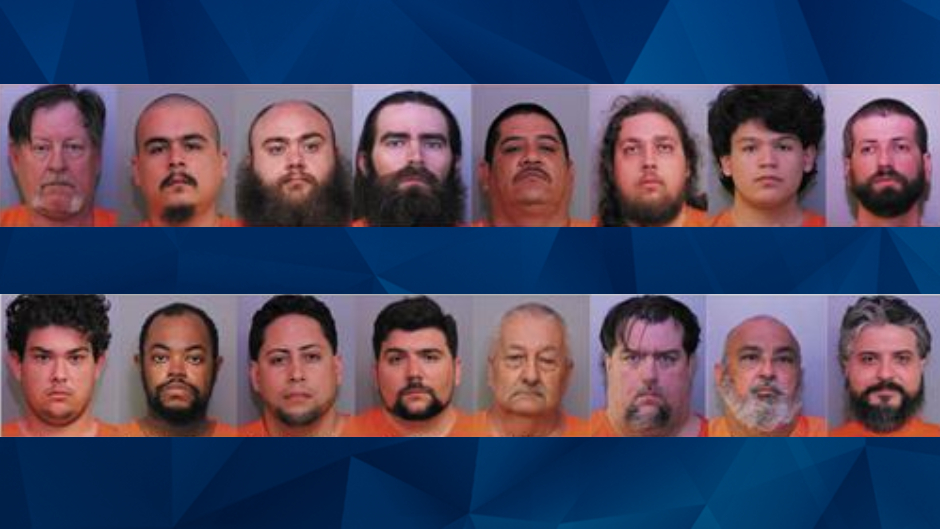 Polk County Sheriff Grady Judd told reporters Tuesday that none of the children seen in the child pornography they recovered have been found.

Florida authorities announced Tuesday that an online sting operation has resulted in the arrests of 16 people who possessed or distributed pornography involving children as young as infants.

The Polk County Sheriff’s Office said in a statement that the 16 arrests were made as part of “Operation Guardians of Innocence V,” which entailed identifying and apprehending suspects involved in the “possession, promotion, and distribution of child pornography.”

One of the 16 men arrested in the sting operation was Justin Hazan, 32, a ride operator at Walt Disney World who reportedly admitted to downloading child pornography. Detectives ultimately recovered child pornography depicting children who were five to six years old, according to police.

A total of 1,409 felonies were filed against the 16 suspects — who ranged in age from 18 to 64. Additional charges are pending.

Polk County Sheriff Grady Judd told reporters Tuesday that none of the children seen in the child pornography they recovered have been found.

“We need to know where these babies are so we can rescue them,” he said.

Judd alleged that Araiza also used the Internet to purchase — and ingest — soiled underwear. At one point during the press conference, the sheriff went on a tangent about Araiza, who he described as a former IT specialist for Lockheed Martin and father to adult children.

“There’s a market out there. You know what kinds of things get into soiled underwear, right? Sometimes you think you’re passing gas and you’re not. You can’t trust a fart when you’re over 60. But this guy will buy it,” Judd told reporters.

“He was munching on them. This guy has a problem.”

In response to a request from CrimeOnline, Polk County officials said that Araiza was not part of the recent sting, but that the sheriff “mentioned Araiza to demonstrate how a lot of the people arrested in these operations are only charged with typically just a few charges” but face additional charges later.

Judd also warned the public that “deviants” like those arrested in “Operation Guardians of Innocence V” are people that you may be in close contact with.

“People who look at and lust after child pornography are dangerous people and they may be living next door to you,” he said.