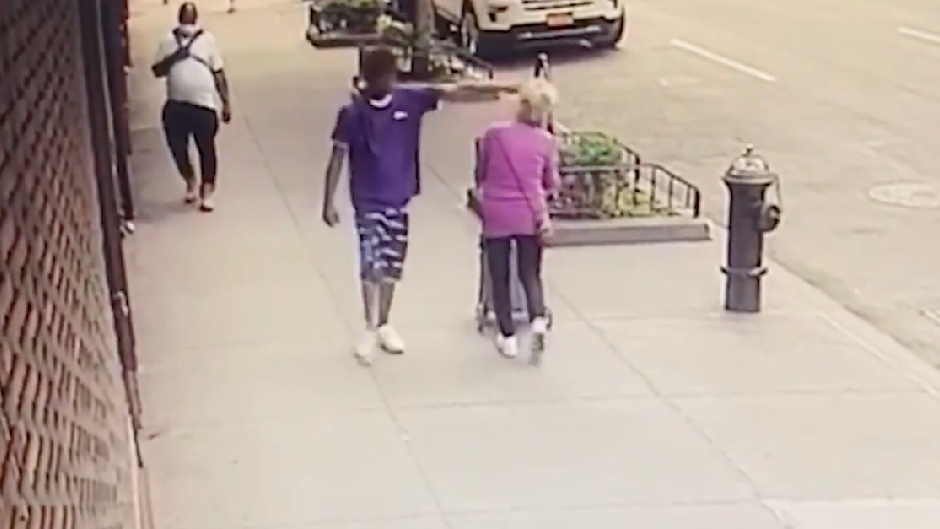 SEE VIDEO: Perp who punches elderly woman has over 100 ARRESTS!

A New York man — a convicted sex offender with at least 100 arrests — was reportedly filmed Friday randomly shoving an elderly woman, causing her to fall head-first into a fire hydrant.

Rashid Brimmage, 31, was arrested Tuesday and charged with assaulting a 92-year-old woman in Manhattan. WCBS reported that an anonymous tip led to Brimmage’s identification and arrest.

Surveillance footage apparently showed the victim walking when Brimmage comes from the opposite direction and pushes her. The woman was filmed falling to the ground and hitting her head on a fire hydrant. The suspect, who didn’t take anything, was spotted looking back at the fallen woman before fleeing.

WCBS reported that the victim, who wished to remain anonymous, was on her way to the store when Brimmage assaulted her.

A senior law enforcement official told WNBC that Brimmage is a repeat offender with at least 100 arrests. The official said that due to bail reform, Brimmage received a desk appearance ticket for his latest arrest.

In March, Brimmage was reportedly arrested for attacking a man in a random attack at a Manhattan pizza shop. Weeks earlier, he allegedly assaulted a woman at a Dunkin’ Donuts in the Bronx.

According to WNBC, Brimmage is a sex crime recidivist. He’s reportedly also a suspect in a February 19 larceny in which a woman had $120 stolen from her purse at a train station.

The senior official told the news outlet that they fear Brimmage will be released from custody yet again. Meanwhile, the elderly assault victim told the New York Post that she’s recovered from her injuries.