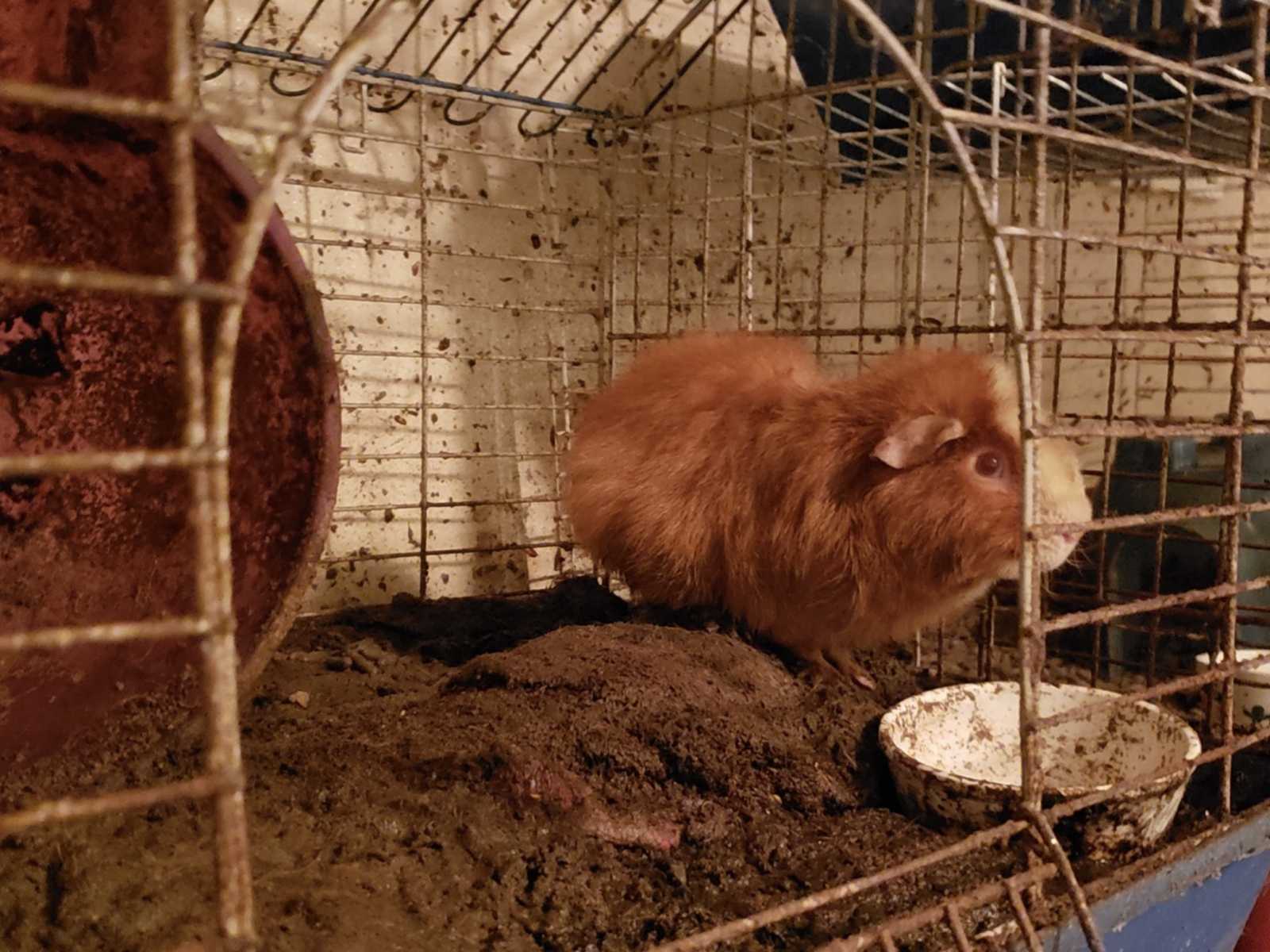 600 Pounds Of Feces, 124 Animals removed from inside family home…”Worst Cockroach Infestation Ever”

The Humane Society of North Texas has taken custody of 124 animals seized from Denton home, where they were found in feces-filled cages, infested with fleas, underweight, and ill.

The home, the Human Society said, had “the worst cockroach infestation we have ever seen on site.”

The society said it assisted Denton authorities taking the animals from the home in late May and removed more than 600 pounds of feces from the cages where the animals were kept.

Denton Police arrested Laurie Jordan, 55, and Terry Self, 67,  on Tuesday on animal cruelty warrants, according to the Denton Record-Chronicle.

Police spokeswoman Amy Cunningham told newspaper that they had received an anonymous tip about the home and went there on May 27. According to a police report, they spoke with Jordan, who told police she took very good care of the animals and couldn’t understand why anyone would thing she was cruel to them because she didn’t hit them.

Officers reported cages stacked from floor to ceiling. Cage floors were covered in feces and cockroaches, and most of the cages were also covered with dust and cobwebs. In addition to the 124 live animals, they found 122 animals dead.

Posted by Humane Society of North Texas on Friday, June 19, 2020

Cunningham told the Record-Chronicle that the city’s animal control department took the surviving animals to the Humane Society for veterinary services.

“Half of these pets had no water; the other half had only filthy, contaminated water and little to no food,” the Humane Society said. “Many of these pets had sores and severe flea infestation, were grossly underweight, and suffered from upper respiratory infections with sneezing and eye/nasal discharge. The toenails of most of the animals were embedded with feces, and their feet were irritated from lengthy exposure to excrement.”

The society said the animals are on the mend and will be put up for adoption when their condition improves further.