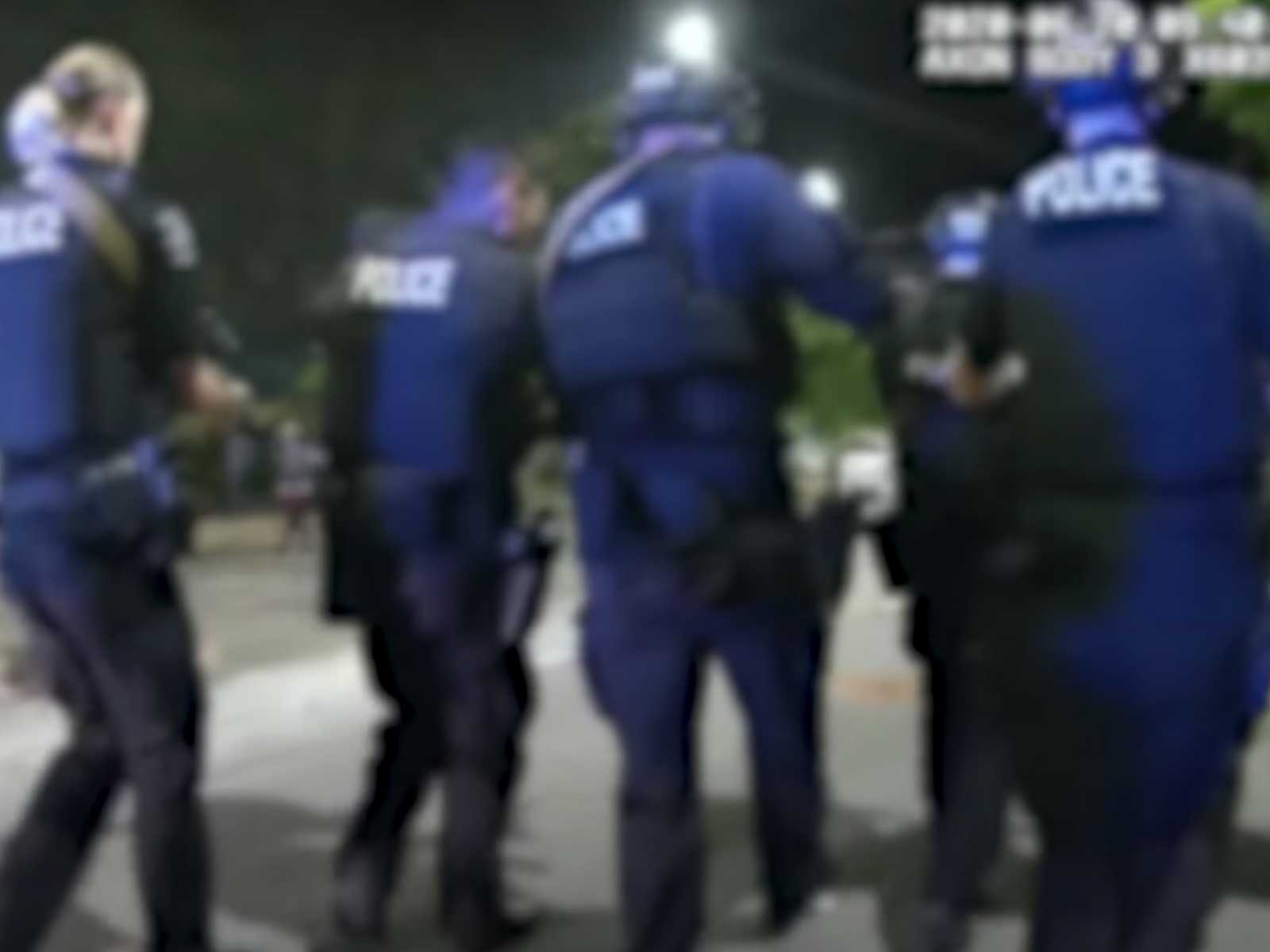 After the shooting, police “were met by a violent crowd that prevented officers’ safe access to the victims,”  the Seattle Police Department said in a written statement.

But both the police video and video from protesters in the CHOP show less violence than anger and bewilderment that police in riot gear had invaded the zone with guns drawn.

When police arrived just before 2:30 a.m., only one victim was known. He had been treated by CHOP medics and taken by car to a nearby hospital. The second victim was located about 20 minutes later by a former nurse walking her dog, the Seattle Times reported. A CHOP medic responded, but when police didn’t, the former nurse and medic loaded him into a van and drove him to Harborview Medical Center.

Harborview said that two gunshot victims were treated. The first victim, a 19-year-old man, died, and the second — the one found by the dog walker — was listed in critical condition in the hospital’s intensive care unit, as CrimeOnline previously reported.

It’s difficult to hear what protesters are saying on the police video — which appears to have an intentional blur — but video filmed from inside the CHOP shows protesters shouting that the victim of the shooting had already been transported to a hospital and asking the officers to leave.

The police video begins with surveillance footage and the sounds of the gunshots. Then, a group of officers arrive, suit up, and try to walk into the CHAZ. An officer in a patrol vehicle uses a loudspeaker to ask protesters to “please move out of the way so we can get to the victims.” Protesters line the street shouting, while other protesters put themselves between the officers and their more aggressive members, often walking them away from the police. There are chants of “Put your guns down.”

At one point, officers appear to be nearly surrounded, but the protesters’ numbers — while greater than the police — are still small. At the end of the video, as officers are ordered back to their vehicles and to leave, a group of protesters still works to keep the two groups separated. As one police vehicle tries to leave the area, its windshield is hit by what appears to be liquid.

It’s not clear how long the officers attempted to enter the area; the released video is 5 minutes long.

Later, investigators were inside the zone collecting spent shell casings and other evidence while officers in riot gear watched over them.

Six city blocks were initially dubbed the Capitol Hill Autonomous Zone (CHAZ) after demonstrators protesting the George Floyd murder burned down a police precinct in the area on June 8, prompting police to abandon the facility. The protesters later changed the zone’s name to CHOP. The zone has causes tension between police and Seattle’s civilian administration, which has been content to let the protesters continue to occupy the popular downtown area.

No one has been arrested yet in connection with the incident.

Saturday’s shooting is the second in the autonomous zone. A man who allegedly drove his vehicle in the zone on June 7 is accused of shooting a protester who was trying to stop the driver. That shooting victim was not seriously injured, according to the newspaper.

To report information about Saturday’s shooting, or to provide evidence such as photos and video, call the Seattle Police Department’s Violent Crime tip line at 206-233-5000.