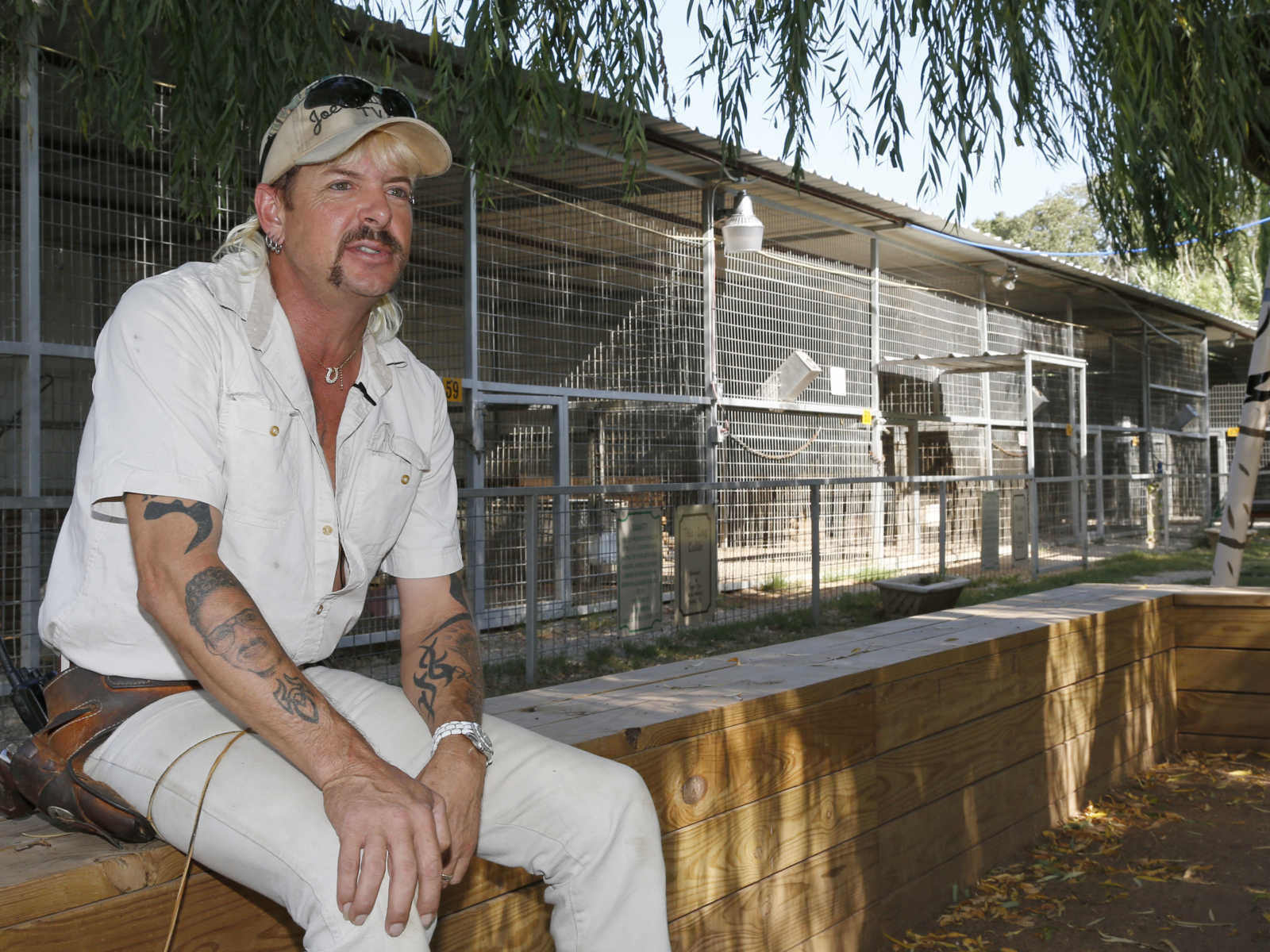 Joe Exotic out of isolation and into a medical unit, his reps say

Netflix star Joe Exotic has been moved out of isolation and into a medical unit at the Federal Medical Center in Fort Worth, Texas, according to a post on his Instagram account.

According to the post, the Tiger King — real name Joseph Maldonado-Passage — had been in isolation because of the COVID outbreak for four months. He is serving a 22 year prison sentence after being convicted on 17 counts of animal abuse and two counts of murder for hire for a plot to kill his nemesis and rival, Carole Baskin.

“Two thousand of you were kind enough to take time out of your busy lives, in spite of all that is going on in the world around us today, to write and ask that he be released,” the Instagram statement, attributed to Eric Love, said. “For the first time in two years he is able to simply look out of a window into the world beyond while being lifted out of hopelessness and desperation by the kindness shown from all of you.”

Joe is OUT of isolation and getting the care he needs because of YOU!! More than 2,000 of Joe’s BIGGEST FANS hand-wrote letters asking for his release and it worked, proving that there is strength in numbers. THANK YOU!!! If you haven’t already, please sign the petition at HelpFreeJoe.com #HELPFREEJOE

At the top of the post is a quote attributed to Joe Exotic himself: “I am in a real hospital bed with a window.”

The former zoo owner was sentenced in January 2019 and was incarcerated at Grady County Jail in Oklahoma until March 2020, when he was transferred to the Fort Worth facility and placed in isolation because of an increase in coronavirus infections.

The Daily Mail reported that the prison would not confirm which unit is housing Maldonado-Passage.

“Tiger King” explores the surprisingly dramatic world of exotic pet ownership, and the heated rivalry betweeen Joe Exotic and Carole Baskin, a self-described animal activist who has been vocal in her opposition to the animal breeding done at Joe Exotic’s big cat farm in Oklahoma. As the documentary series shows, Joe Exotic hired a hitman to kill Baskin, but the murder plot did not come to fruition.