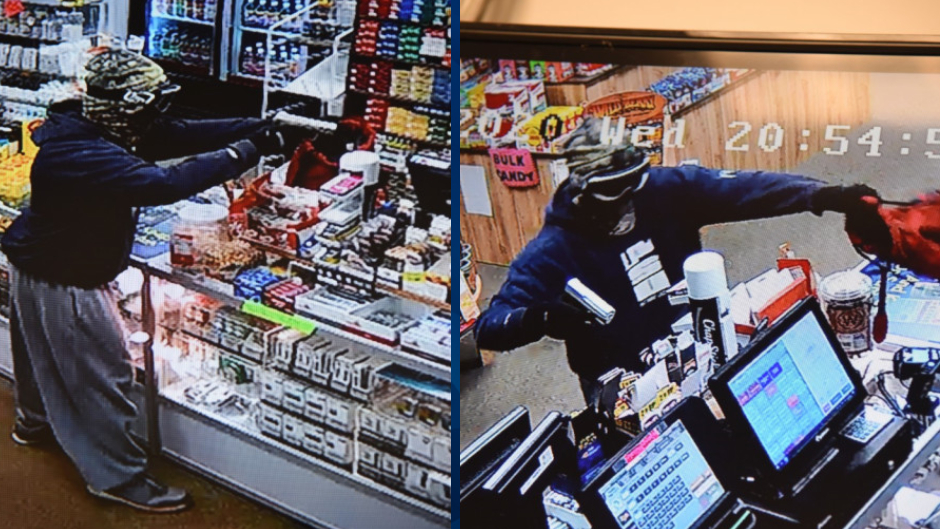 A Pennsylvania woman allegedly admitted to being the getaway driver for her son who robbed a store at gunpoint.

PennLive reported that Lori Ann McHenry, 52, confessed to driving her son, Steven James Martin, 28, to and from Sam’s Place Lottery & Tobacco on March 18. She allegedly also admitted to providing false information to investigators.

Though Martin didn’t fire any shots, police said he had a firearm when he stole $3,570 from the Montoursville store. Martin reportedly wore a camouflage face mask and black goggles during the robbery.

According to the Williamsport Sun-Gazette, state police wrote that McHenry and Martin took “substantial steps” to hide the getaway vehicle, including “removing registration plates, using incorrect license plates, parking the vehicle in the backyard or in the UPMC Muncy parking lot and lying to investigators about the location of the vehicle.”

Despite their alleged attempt to conceal the getaway vehicle, the pair was reportedly identified as suspects two days after the March 18 armed robbery. PennLive reported that police searched the mother and son’s shared home on May 6 and discovered multiple items used in the heist, including a pellet gun, a camouflage face mask, and black goggles.

Last week, state police charged McHenry with conspiracy to commit robbery and theft. She was ultimately released from custody on $50,000 unsecured bail. Reports indicated that McHenry’s also facing criminal charges for selling unknown pills to an informant or undercover officer in April.

Martin remains jailed as he awaits trial on robbery and related charges.