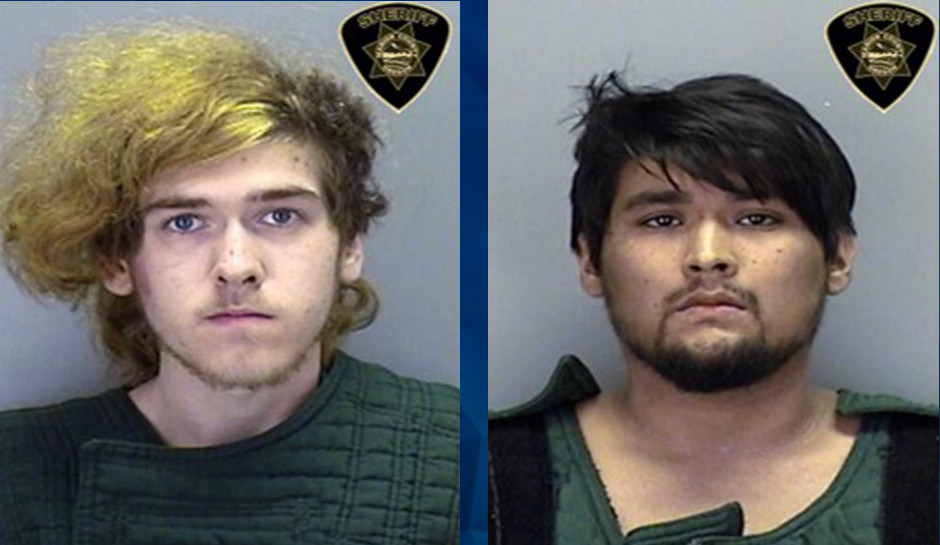 The suspects in an Alabama shooting earlier this month that left seven dead were captured over the weekend in Oregon.

According to documents filed this week in Morgan County Circuit Court, the suspects — John Legg, 19, and Frederic “Rick” Rogers, 22, — and at least three of the victims were members of a club they founded called “Seven Deadly Sins.

Legg and Rogers were upset about “perceived disobedience toward the club” and went to the Valhermoso Springs, Alabama, home on June 4 to “wipe the slate clean,” AL.com reported.

Legg and Rogers were arrested during a traffic stop on Sunday in Stayton, Oregon, KGW8 reported. The pair left Alabama and drove 2,500 miles to the Salem area — where Rogers has family — after the shootings, authorities said. Twenty-five agencies were involved during the two-week manhunt for the pair.

They face capital murder charges in Alabama and are awaiting extradition in Marion County Jail in Oregon.

AL.com reported that an unnamed female witness — a witness to the case, but not the crime — said there had been “several previous incidents” before the shooting. The affidavit quoted the witness saying she “received a message via cellphone from Rogers that read ‘everything has been dealt with’ and ‘if anyone asks you we’re going on vacation.'”

The message also asked the witness “to take care of ‘ducky,’ their 3-legged cat which was owned by Ricky Rogers,” according to the affidavit.

The witness, who contacted detectives last week, told investigators she “lived at the ‘club house’ of the ‘7 Deadly Sins,” according to the affidavit. The members of the club were Rogers, Legg, victims Jones, Roberts, and Benford, 22, and a sixth man who was not named.

Neighbors of the house where the shooting took place called 911 around 11:30 p.m. on June 4 to report gunshots, as CrimeOnline previously reported. Police found a small fire burning at the house and the seven victims as well as a dead dog inside.

“Incredibly heinous, talking cold-blooded,” Morgan County Sheriff’s Office Mike Swafford said at the time. “Our theory right now is whoever did this, came in here for a reason, did it and left.”

Swafford said Monday that the department was considering options for returning Legg and Rogers, as well as the vehicle they were driving, to Alabama. He said they would need four deputies and two vehicles to drive the pair back.

“We’re looking at an option of flying, too,” Swafford said. “Whatever makes more economical sense.”