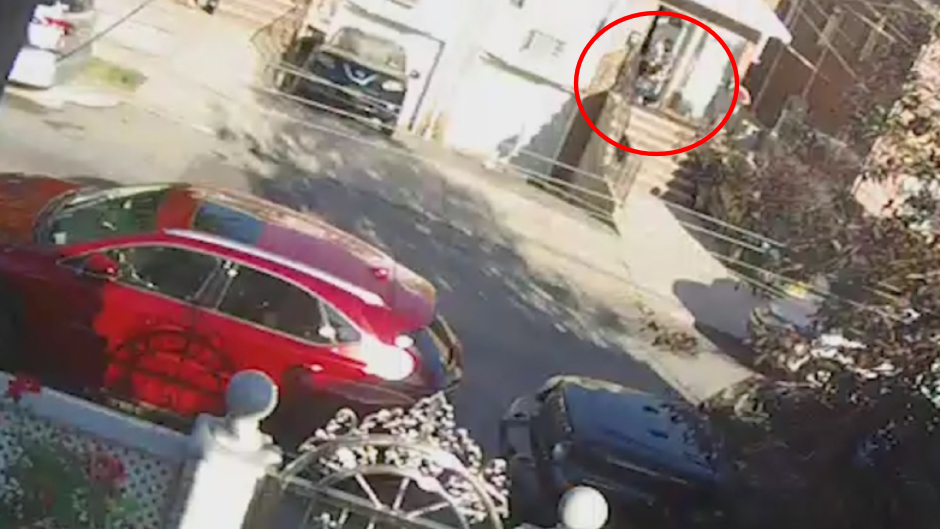 A New York man is facing various criminal charges for allegedly attempting to abduct a 7-year-old girl from her home Monday.

Pete Haughton, 32, was accused of breaking into a Queens residence and dragging a girl out of her bunk bed. The child’s mother told WCBS that the suspect tapped her daughter’s belly and told her to get up. The mother said when her daughter refused, the suspect became angry and dragged her daughter out of the home.

Surveillance footage shows the kidnapping suspect open the front door and throw the girl down a flight of stairs. Remarkably, the girl immediately stands up and turns to walk back up the stairs, behind the man, who is seen in the video re-entering the home.

“I want to kill everybody,” the suspect said, according to the children’s mother.

The children’s father told WCBS that he came face to face with the would-be kidnapper. The father said the suspect told him, “Don’t call 911, I have your kids.”

The suspect reportedly fled as the mother called the police.

Both parents told the news outlet that the suspect was able to enter the home because a locked screen door was not completely closed. Their daughter reportedly sustained cuts and bruises in Monday’s incident but is expected to recover.

Haughton was charged with first-degree burglary, second-degree attempted kidnapping, second-degree assault, and endangering the welfare of a child. WNBC reported that he remains jailed without bail and a judge has ordered a psychiatric evaluation.