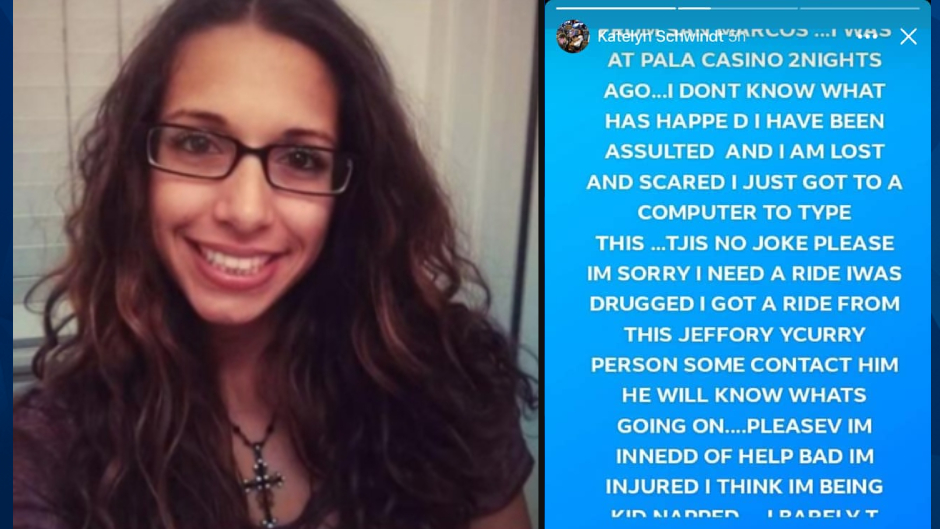 Authorities in California are searching for a woman who reportedly made a series of concerning posts to her Facebook page before she vanished on Wednesday.

The Times of San Diego reported that someone contacted San Diego County police after Katelyn Schwindt, 27. posted several messages to her Facebook stories about being at Pala Casino Wednesday evening. She reportedly also wrote that she was “drugged” and possibly assaulted.

The posts, which are indecipherable at certain points, apparently show Schwindt asking for help as her battery is dying. She reportedly claims that she got a ride from someone named Jeffory Curry and that he would know what’s going on.

Schwindt reportedly also wrote that she was being taken to Nebraska.

The Times reported that deputies have searched for Schwindt but were unable to locate her. Additional details regarding her disappearance are unavailable at this point in time.

Schwindt was described as being 5 feet, 5 inches tall, weighing 135 pounds, and having brown hair and brown eyes.

Anyone with information regarding Katelyn Schwindt’s whereabouts should call the San Diego County Sheriff’s Department at 760-510-5200.

!!!MISSING PERSON!!!! Has anyone seen Katelyn Schwindt??? Last time she posted was about 12 hours ago and she was in…