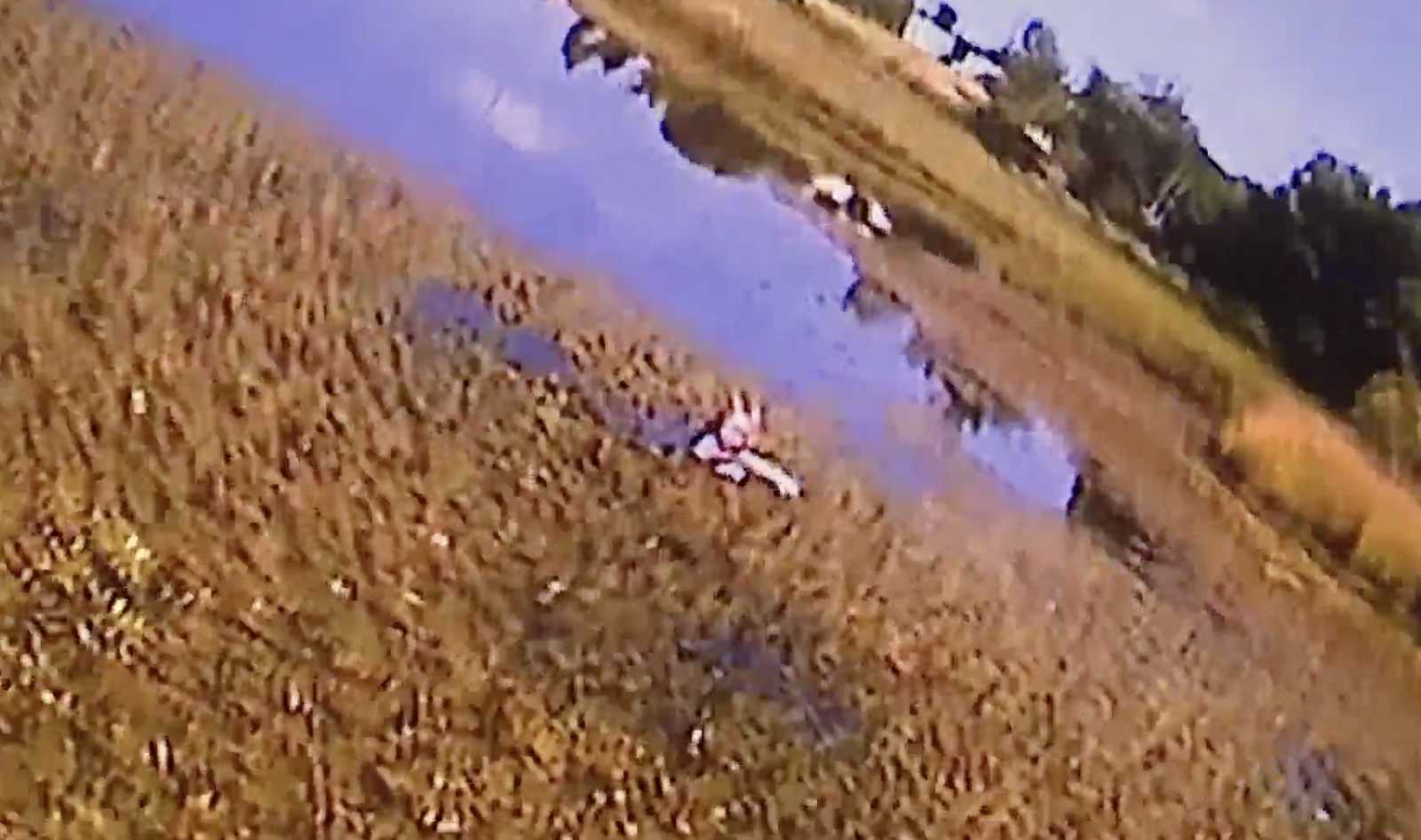 SEE IT: Deputy rescues 2-year-old girl stuck in the mud of a pond with water up to her neck

A Missouri sheriff’s deputy waded into a mucky, muddy pond to pluck a 2-year-old girl out of water up to the child’s neck.

Cpl Nicole Collins responded to a call about a missing toddler at about 4:15 p.m. on June 22 near Knob Noster. The little girl had ben missing for about 20 minutes.

According to the Johnson County Sheriff’s Department, Collins noted a pond “several hundred yards north of the residence” and asked the frantic mother if the pond had been checked. When the mom said no, Collins headed that way, and spotted the girl about 10 to 15 feet from the bank.

Collins’s body cam captured the scene as the girl told Collins that she was stuck in the mud. The corporal dropped her vest and headed out to get her.

“It’s just instinct. It comes back to us,” Collins told Fox4KC. “Also having kids myself, your natural instinct is to save them no matter what.”

Collins said she nearly got mired down in the mud herself a time or two and had to pull her feet out by grabbing her knees. But she got to the girl.

“She was scared,” Collins said. “She had her arms up, out of the water reaching for me.”

The little girl said she wanted to go swimming, so she had wandered off down a gravel road — barefoot — turned a corner and gone through a gate.

Neighbor Alicia Smith told Fox4KC that she saw Collins bring the toddler back to her mom.

“My heart sank to my feet and I had goose bumps because I was for sure that she had drowned,” Smith said. “Until I pulled up and her little head lifted up off the sheriff’s chest and I thank God.”

“Her mom was standing in the front yard and she had just tears pouring down her face,” Smith said.

Collins handed the little girl over to mom, and then told Fox4KC that although she was scared, the 2-year-old was a trooper.

“Little girl stayed strong,” she said. “She was talking about her boo boos, but mom was tearful and thankful to have her back.”