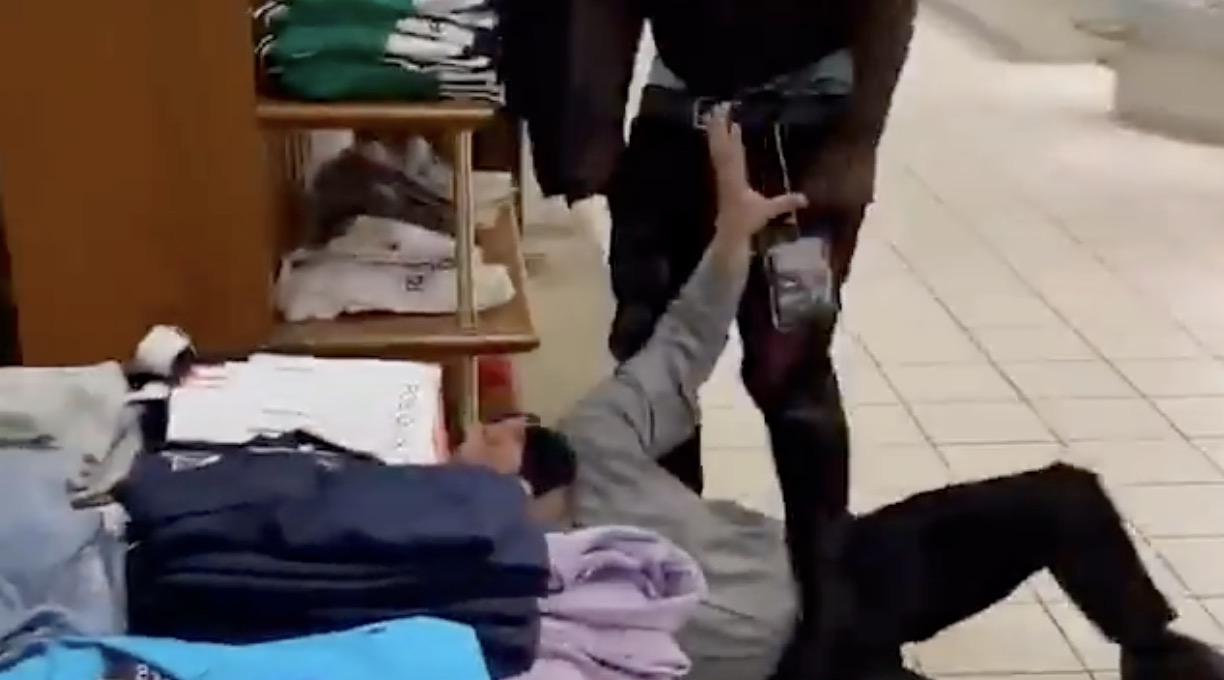 An 18-year-old Michigan man has been charged with assaulting a Macy’s store manager in an attack filmed by the man’s brother and widely shared across social media.

Palmer’s brother, a rapper known as FT Quay (real name Damarquay Palmer), filmed the encounter and told the New York Post that the 50-year-old manager was heard to use racial slur, but Leyton said neither police nor prosecutors had found any evidence that was true.

“We don’t believe any racial slur was made by the store manager and even if there had been, it does not condone nor justify the assault by Mr. Palmer,” Leyton said.

In the store’s surveillance footage, according to Leyton, Palmer is walking around the store before he approaches the  manager and punches him in the head from behind, knocking him to the floor. Palmer hits him at least two more times while he is on floor before he exits the store. There is no audio on the surveillance video, Leyton said. That video has not been released.

The viral video, however, shows that after Palmer knocked the manager to the floor, the employee asks, “What are you doing that for?” He says, “I didn’t touch you, I’m sorry,” as Palmer calls him n***** and hits him twice more.

FT Quay wrote in a Facebook post, since removed, that his brother had asked the manager, who was on the phone and wearing a facemask, if a shirt was too small for him, the Post said. “He told him yeah and kept talking on the phone then mumbled talking about sum ‘no one just sum n***** he thought we ain’t hear him because his mask was on.”

But Leyton said the investigation uncovered no reason to believe the provocation took place.

The manager was speaking with a co-worker out of state when Palmer asked about the fit of a jacket, Leyton said. “This was a cell phone to cell phone call, there is no recording of it. And the out of state witness who we interviewed said that he did not hear any such alleged provocation,” Leyton told ABC12. The prosecutor also said the investigation turned up no history of the manager using racist language.

“Even if there were verbal provocation, which we have no evidence of, violent retaliation is not permitted by the law,” he said.

“This was an unprovoked attack on a Macy’s employee,” said Leyton. “This behavior as seen on the video is unacceptable, it is criminal, and it cannot be allowed.”

Leyton said investigators have been unable to locate either brother, and that FT Quay faces no charges as there’s no evidence he committed a crime.

Damire Palmer will be arraigned when he’s found and arrested.