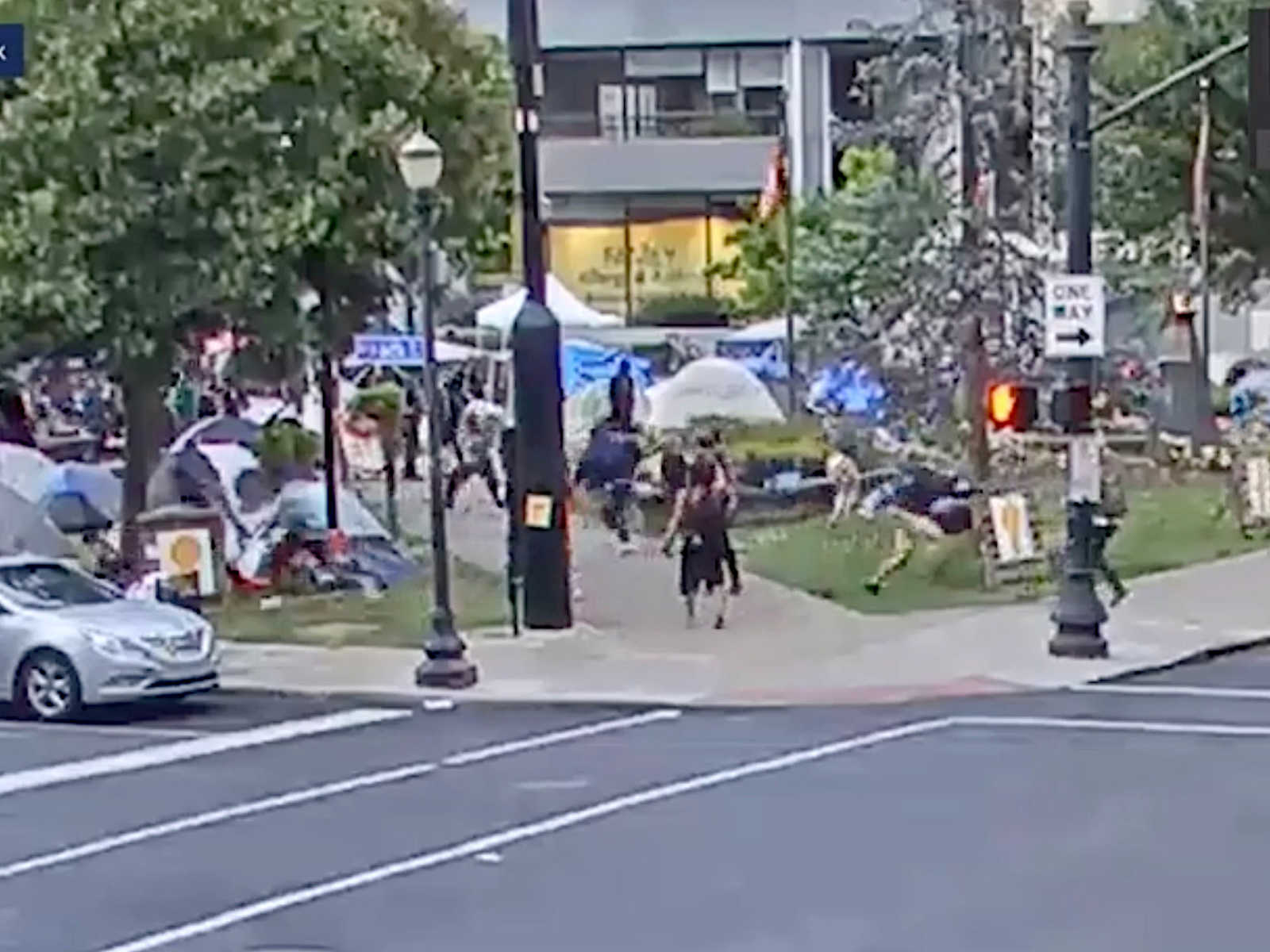 Louisville police have identified Steve Lopez, 23, as the suspect in a fatal shooting Saturday night in Jefferson Square Park, where demonstrators had been peacefully protesting the killing of Breonna Taylor in a police shooting in February.

Lopez faces charges of first degree murder and wanton endangerment for killing Tyler Gerth, 27, who died at the scene, the Louisville Courier-Journal said. A second shooting victim was found near the park and hospitalized with non-life-threatening injuries, police said.

According to Lopez’s arrest citation, he was shot in the leg when armed protesters fired back on Saturday and is currently in police custody at the University of Louisville Hospital.

Police announced Sunday that protesters would no longer be allowed to stay overnight in the park and began breaking down the tent city that had grown there. Peaceful demonstrations will still be allowed during the day, they said.

At a news conference Sunday afternoon, interim Police Chief Robert Schroeder played surveillance footage showing the gunman point his gun into the air and into the park as people scattered.

As CrimeOnline previously reported, video of the shooting has circulated on social media showing a man opening fire as people scream and run for safety. According to the Courier Journal, Maxwell Mitchell, who often streams videos of the protests, streamed the shooting, showing Lopez firing multiple times. Mitchell said he fired at least two shots into the air before he began firing toward the encampment in the park.

Mitchell said he does not believe Lopez intended to kill Gerth, who was well known at the protests and frequently documented them with dramatic photographs on Instagram.

Lopez himself was a fixture at the Kentucky protests and was arrested on June 17 along with 16 other protesters. According to court records, he was charged with inciting a riot, disorderly conduct, harassment, and possession of drug paraphernalia. The arrest citation also noted that the had a handgun “with two full mags of ammo” when he was arrested, the Courier-Journal said.

Some protesters told the paper that Lopez had an altercation with someone on the park earlier on Saturday, and a speaker at a Kentucky Alliance Against Racist and Political Repression news conference said he had been involved in several disturbances at the camp and that he had been escorted away from the park before the shooting.

Mayor Greg Fischer said he was saddened by the shooting.

“It is a tragedy that this area of peaceful protest is now a crime scene,” Fischer said in a statement. “My thanks to the first responders who assisted at the scene.”

Police forcibly entered Taylor’s apartment in March and then shot her at least eight times, killing her. Officers say they announced themselves and returned fire when Taylor’s boyfriend fired at them. Police were serving a search warrant as part of a narcotics investigation, but no drugs were found in the home.