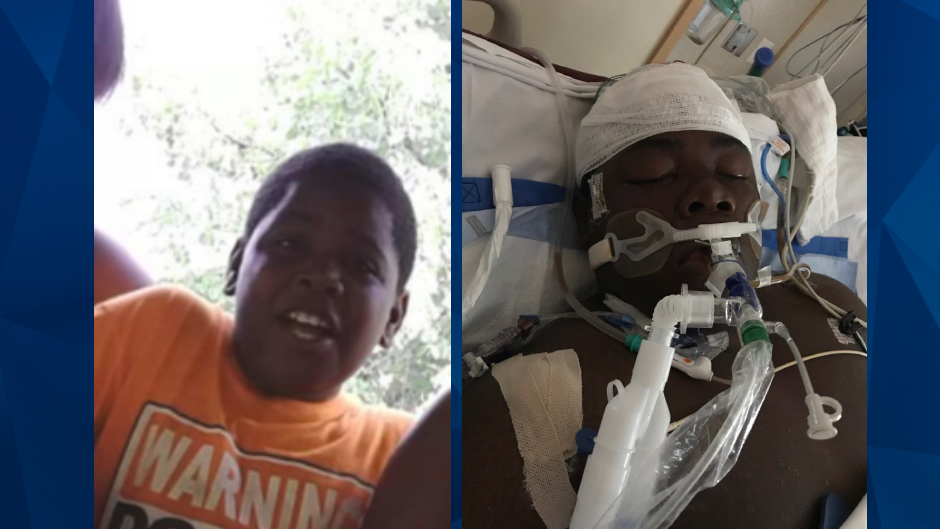 A youth home nurse charged in last month’s death of a Michigan teen who staff restrained for 10 minutes reportedly waited to step in because she thought the boy was faking.

Lakeside Academy nurse Heather McLogan, 47, was charged Wednesday with involuntary manslaughter for gross negligence and failure to perform her legal duty to obtain medical care. She’s accused of waiting 12 minutes to call 911 for Cornelius Fredericks, 16, who died two days after staff allegedly restrained him for throwing a sandwich in the cafeteria.

Along with McLogan, Lakeside Academy employees Michael Mosley, 47, and Zachary Solis, 28, were charged with homicide involuntary manslaughter and child abuse in Frederick’s May 1 death. Mosley and Solis allegedly restrained Fredericks — who reportedly cried, “I can’t breathe,” before losing consciousness.

While WMMT reported that McLogan was the person to call 911, a Michigan Department of Health and Human Services (MDHHS) report stated that she didn’t perform CPR on Fredericks until 15 minutes after her coworkers stopped restraining him.

Before calling 911 or checking Fredericks’ pulse, Lakeside Academy staff reportedly tapped the teen, splashed water on his face, and lifted his head. Officials said witness accounts also indicated that Fredericks was foaming from the mouth and possibly choking on his tongue.

An autopsy determined “restraint asphyxia” killed Fredericks. His death was ruled a homicide.

According to the MDHHS report, McLogan told an officer that Fredericks didn’t appear to be struggling while restrained. She allegedly also said she didn’t initially help the teen because she thought he was “faking.”

“Typically in any kind of criminal case the person who is accused would have to do a bad act. This is is an unusual act in they’re claiming that Ms. McLogan did not perform some sort of legal duty,” the nurse’s attorney said, according to WMMT.

Attorneys for Mosley and Solis claimed the pair followed protocol.

In light of Fredericks’ death, the state health department ended their contracts with Lakeside Academy, meaning teens in the foster care and juvenile system would no longer be placed at the Kalamazoo facility. State officials said a 125 youths were relocated as a result.