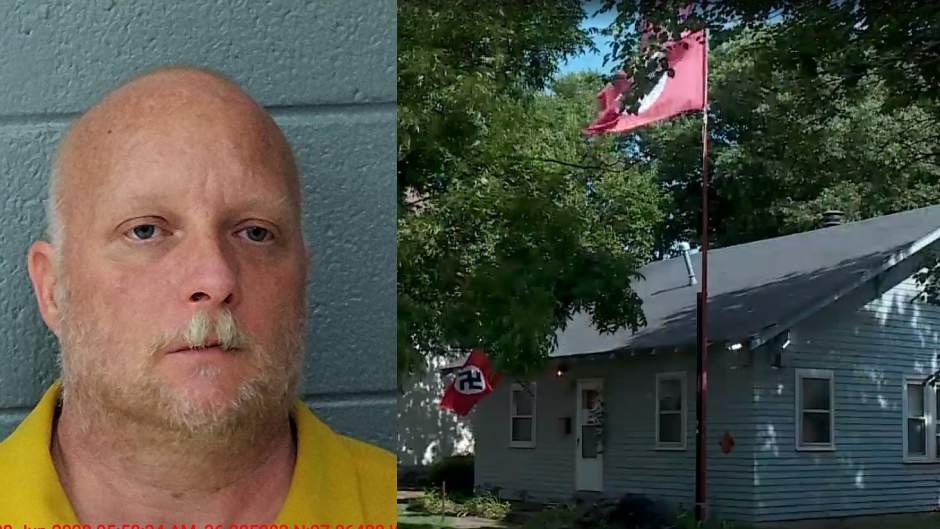 An Oklahoma man allegedly shot a woman multiple times early Sunday after she tried to steal a Nazi flag from his yard.

According to the Enid News & Eagle, Garfield County officials said Monday that the 26-year-old shooting victim is in good condition and is expected to recover from injuries she sustained outside a home in Hunter. The homeowner, Alexander John Feaster, 44, remains jailed without bond on charges of shooting with intent to kill and assault and battery with a dangerous weapon.

The victim was reportedly attending a party across the street from Feaster’s home when someone dared her to steal a flag from Feaster’s property. The News & Eagle reported that Feaster flies several Nazi flags at his residence.

Feaster allegedly shot the woman four times with a rifle as she attempted to take a flag from outside his home. Deputies responded to the Hunter residence at around 3 a.m. and found the woman shot multiple times. Feaster was taken into custody without incident, according to the news outlet.

Police obtained a search warrant for Feaster’s home, where Helm said they seized fourteen guns and some ammunition, according to KFOR.

Neighbors told KFOR that Feaster has been flying Nazi flags for about a year. They also claimed that Feaster’s flags have been stolen several times but it never before resulted in violence.

It is not immediately known whether the woman will face any criminal charges in connection with Sunday’s incident.