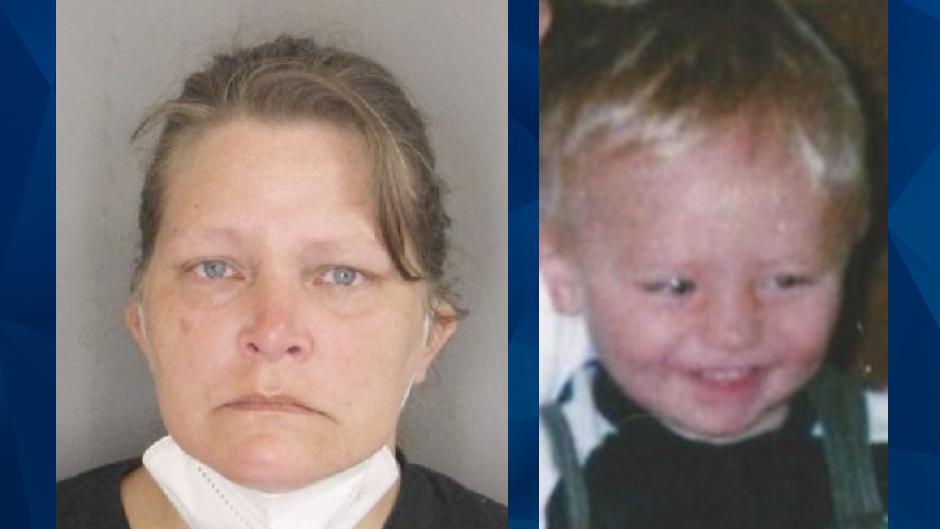 A New York woman was arrested Tuesday for the 2002 murder of her 16-month-old son.

On August 29, 2002, the Yates County Sheriff’s Office received a 911 call about Kelly Anderson, then 24, finding her son, Ethan Eslick, deceased at their Dundee home. Police said in a statement that Anderson’s live-in boyfriend, Ronald McGuire Sr., then 28, and her 3-year-old son were also at the home at the time.

A forensic autopsy was conducted and the medical examiner determined Eslick’s cause of death was homicide by asphyxiation. Despite a criminal investigation, no arrests were made and the case went cold.

The Chronicle-express reported that the boys’ father, James Eslick, was living in Ohio at the time of his son’s death. Two weeks before the toddler died, he returned home with Anderson after spending the summer with his father.

James Eslick ultimately got custody of Ethan Eslick’s older brother, then 5, who was in foster care following the 2002 slaying, according to the news outlet.

The FBI’s forensic examination, which included a review of photos and notes from the initial investigation, challenged the original ruling that Ethan Eslick died of asphyxiation. The FBI found the toddler died from blunt force trauma to the abdomen.

The agency also determined that Ethan Eslick’s then-3-year-old brother couldn’t have inflicted the fatal injuries, according to The Chronicle-Express.

A new pathologist was assigned to Ethan Eslick’s case in light of the FBI’s findings.

In February 2019, Yates County District Attorney Todd Casella filed a motion requesting DNA evidence from Anderson and McGuire. The motion cited the medical examiner’s report — which stated that the toddler had bruises in various stages of healing, bite marks, and injuries to his stomach and spleen.

“This culminates a long-overdue justice for Ethan,” Yates County Sheriff Ron Spike commented, according to The Chronicle-Express.