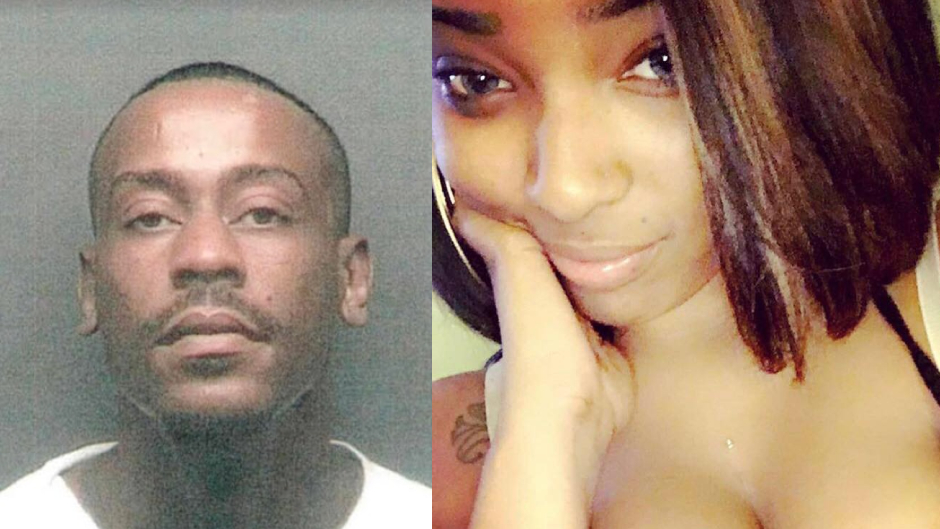 Authorities believe a Texas man fatally shot his pregnant girlfriend Monday afternoon before he took another woman’s car at gunpoint.

The Fort Worth Star-Telegram reported that Darionne Burley, 26, was found dead in the front passenger seat of a car parked in a lot in Mansfield. Police were called to the scene after a woman reported that someone stole her vehicle at gunpoint.

Burley’s boyfriend, Maurice Smith, 28, allegedly drove the stolen vehicle to his apartment in Fort Worth. While Smith was charged with killing Burley, he reportedly hasn’t admitted to the slaying.

Burley was shot once in her head. Her body was reportedly located next to a wallet that contained her twin sons’ sonogram picture, which was dated June 25. Also near her body was a ticket to a gun show — where police said the pistol Smith used to kill Burley was purchased a day earlier.

Smith’s mother reportedly told authorities that her son has been in an on-again, off-again relationship with Burley since high school. KTVT reported that Smith’s mother said her son knew Burley was pregnant and they recently had a gender reveal party.

Police ultimately located the stolen vehicle in Fort Worth and arrested Smith without incident.

Smith reportedly told police that he had breakfast Monday with Burley, who was reportedly due in October. He said they were leaving the restaurant when Burley mentioned that a tire was low on his car. Smith mentioned driving to the gas station to fill the tire then going to a tire retailer. Smith said he left the retailer because he didn’t want to pay for a tire, according to the Star-Telegram.

At some point, Smith said, he and Burley got into an argument, and Burley emasculated him and called him a junkie. Smith claimed he drove home, and Burley took the car to run some errands, the affidavit stated.

Smith claimed that after the argument, he pulled over to the side of the road and jumped the fence to his apartment building. He allegedly said he went inside his apartment and smoked K2.

Smith reportedly ended the interview after police questioned him about being in Mansfield, where Burley was found murdered.

According to the affidavit, a search of Smith’s apartment produced a Hi-Point .40-caliber pistol, a loaded magazine, and a single loose bullet. The bullets inside the magazine reportedly matched the caliber and resembled the shell found at the crime scene.

Officers allegedly also found a bottle of bleach on Smith’s bathtub, in addition to a washcloth which appeared to have blood on it.

Authorities noted that Smith attempted to purchase a gun on Saturday — two days before the slaying — but was denied after undergoing an FBI background check. The Star-Telegram reported that a man who attended the gun show with Smith and purchased the pistol confirmed he sold it to Smith later the same day.

Smith was arrested on suspicion of capital murder of multiple persons and aggravated robbery. Police have not yet disclosed a motive in Monday’s shooting.