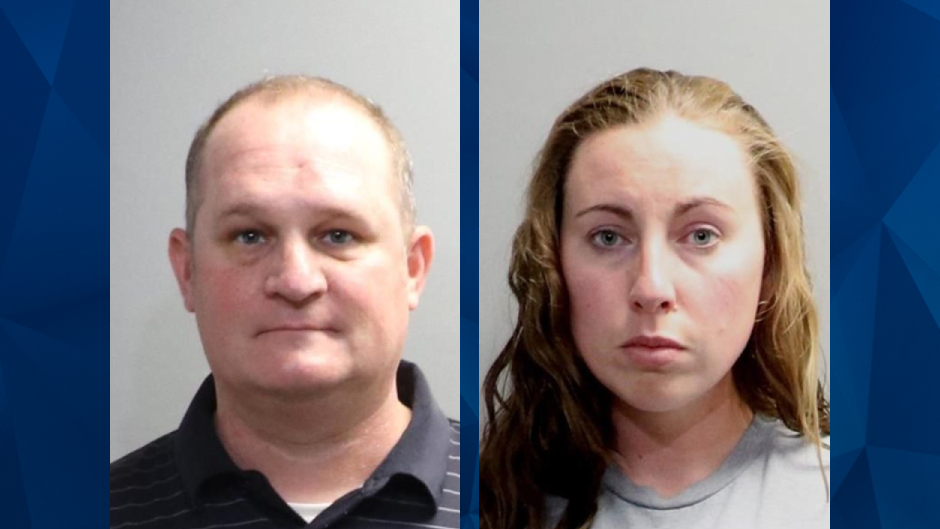 A Michigan couple was arrested Thursday, a day after the woman was reportedly filmed pulling a gun on a mother and daughter during an altercation in a Chipotle parking lot.

The Detroit Free Press reports that Jillian Wuestenberg, 32, and Eric Wuestenberg, 42, were charged with felonious assault for the incident outside an Orion Township restaurant. Eric Wustenberg was reportedly also fired from his job as a veterans support services coordinator at Oakland University.

Makayla Green told The Detroit News that she was walking into the Orion Township restaurant when Jillian Wuestenberg, leaving the establishment, knocked into her. Green claimed she told Jillian Wuestenberg “excuse you,” prompting the woman to hurl obscenities at her and accuse her of invading her personal space.

Green reportedly called for her mother, Takelia Hill, who presumably was also outside the fast-food restaurant when the verbal altercation started. Hill told the news outlet that she witnessed Jillian Wuestenberg yelling in her daughter’s face.

The alleged, earlier verbal altercation was not caught on camera. The Detroit News obtained a three-minute video clip showing Hill and Green, who are Black, call Jillian Wuestenberg “ignorant” and “racist.” Moments later, Eric Wuestenberg exits an SUV and asks the pair, “Who the f**k do you think you are?” then helps his wife into the vehicle.

Sitting in the front passenger seat, Jillian Wuestenberg pulls down the window and says she isn’t racist. Hill is seen stepping back as Eric Wuestenberg backs the SUV out of a parking space.

Seconds later, Hill is filmed hitting the SUV’s back window and yelling that the couple tried to run her over. The couple exit the SUV before Jillian Wuestenberg yells for Hill to “get the f**k away from me” and brandishes a handgun.

As the SUV drives off, someone off-camera can is overheard saying that the couple pulled guns on their mother, presumably Hill. However, the video footage provided to The Detroit News and posted onto social media doesn’t show Eric Wuestengerg pulling a weapon.

Oakland County Sheriff Michael Bouchard told reporters Thursday that they received six 911 calls regarding the altercation. He said responding officers ordered Jillian Wustenberg out of the vehicle, put her on the ground, and handcuffed her, and confiscated her gun. However, reports indicated that she was ultimately released.

The Wustenbergs, who both have licenses to carry, reportedly in had guns in their possession when they were taken into custody Thursday. Their bonds were set at $50,000.