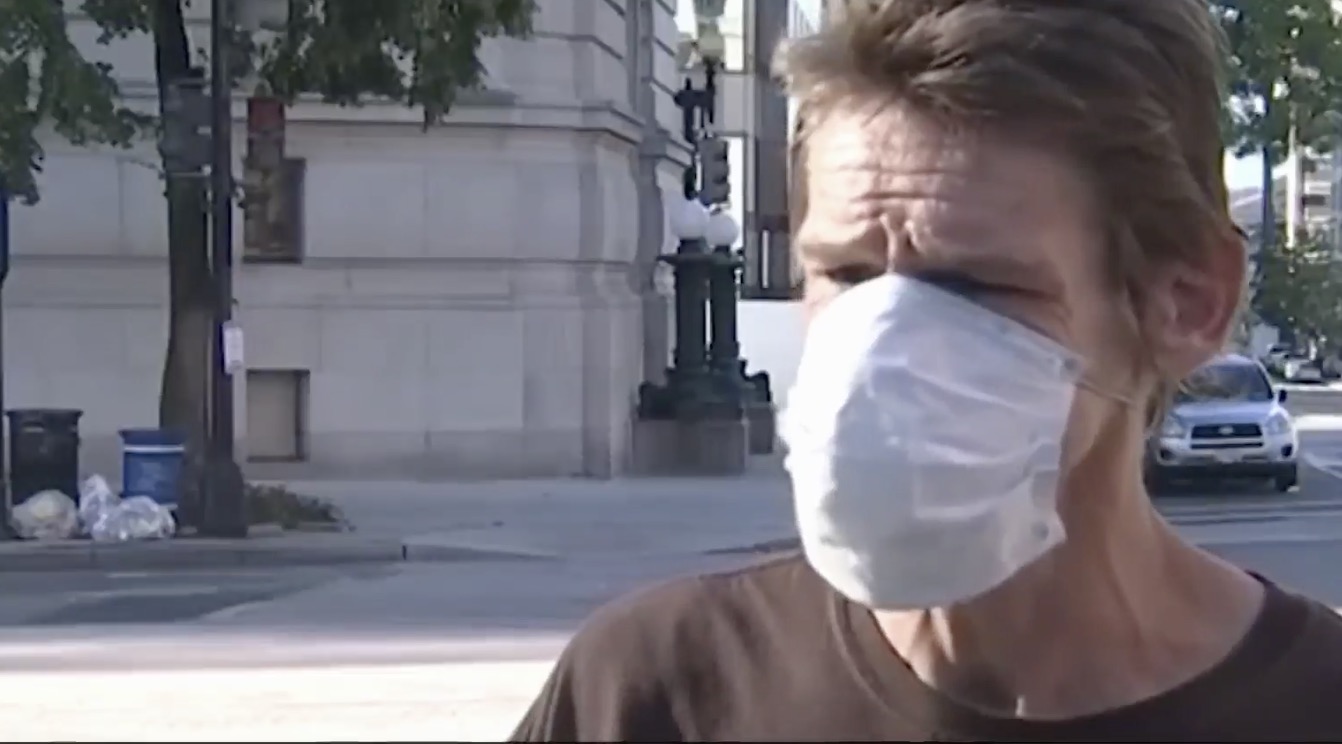 A homeless Washington, D.C., man — one of 26 evicted earlier this week from a site in Franklin Square — has now been hailed as a hero after he stopped another man from stabbing a police officer.

John Burrows said he saw the attack on Thursday, and it made him angry.

“I was really mad at the guy, for just stabbing him for no reason. That made me mad,” he told NBC Washington. “They’re my cops. This is my city and I don’t want you stabbing them.”

Metrolitan Police Chief Peter Newsham said that the 19-year police veteran, who has not been named, responded to a call about a man assaulting a woman. He spotted Robert Redding, 61, who matched the description of the suspect and began following him, first in his cruiser and then on foot while repeatedly asking him to stop, according to WTOP.

At 13th Street and New York Avenue, Newsham said, Redding turned around with a pair of scissors and began to stab the officer. That’s when Burrows, who said he knew the officer, stepped in.

“I grabbed the guy’s arm and me and the cop together got him under control so he couldn’t stab him no more,” Burrows told NBC. “He got arrested, the cop went to the hospital and I guess I’m like a little hero.”

“It does make me feel good to see that a guy who our police officer developed a relationship with was willing to put himself in jeopardy to protect one of our police officers. That’s something we won’t forget. It was very, very kind — very heroic,” the chief said.

As for the wounded officer, he is expected to recover. “He suffered some pretty serious wounds to his head, back and shoulder. He was taken to a local hospital for treatment,” Newsham said.

Burrows was one of 26 homeless people evicted earlier this week from a camp in D.C.’s Franklin Square, where officials are doing some park construction. That eviction didn’t sway him away from helping the officer, and the D.C. Department of Human Services quickly set up a GoFundMe for Burrows that had raised more than $14,000 by Saturday afternoon.

And, members of Burrows’s family living in Virginia who had lost touch with him saw news story and hope to rekindle their relationship with him.

Redding, meanwhile, has been charged with assault with intent to kill and felony assault on a police officer, Newsham said, but it’s still not clear why he attacked the officer.