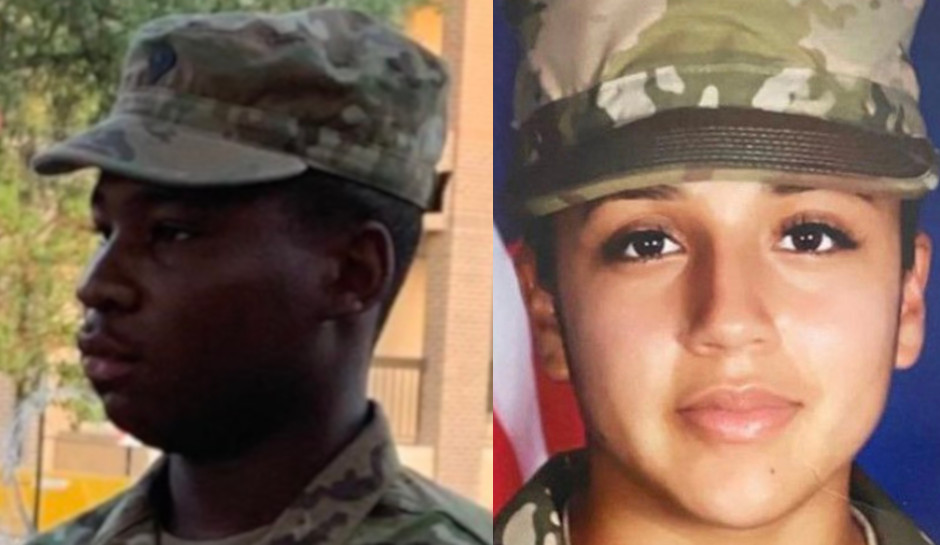 Day late and a dollar short! Army promotes Vanessa Guillen to same rank as suspect in her death and disappearance

An Army investigator said this week that a promotion for Vanessa Guillen made her the same rank as a suspect in her death and disappearance, Spc Aaron Robinson, and that he was “in no way in her chain of command.”

The Army said in a statement that Guillen was promoted from private first class to specialist a day earlier based on “time-in-service and time-in-grade requirements.” The promotion came after remains believed to be Guillen’s were found near the Leon River east of the base, but before they were positively identified.

As CrimeOnline previously reported, Guillen’s family said over the weekend that Army investigators have since identified the remains as belonging to Guillen.

Guillen was two months shy of a promotion when she disappeared after reporting to work at Fort Hood on April 22. The promotion allows the military to claim Robinson and Guillen were of equal rank.

April 22 was Guillen’s day off, but she was reportedly called in to work. The Army has not yet said who made that call, except to say it wasn’t Robinson, who held a rank above her on that date.

On Thursday, Phelps addressed what he called “a widespread allegation” that Robinson was Guillen’s superior.

“This is false,” Phelps said. “Robinson was an armorer who worked in a building adjacent to the building where where PFC — correction — Specialist Guillen worked, and he was in no way … in her chain of command.”

Phelps added that while the Army was still investigating interactions between the two, they’d found “no credible information” that Robinson had sexually harassed Guillen.

Guillen’s family has said that she told them a soldier was sexually harassing her, but she was reluctant to report it because she feared what might happen if she did.

On the day Guillen disappeared, Robinson was already at work, court documents say. Natalie Kwaham, Guillen’s family’s attorney, said that officials told her Robinson reportedly beat her to death with a hammer after she confronted him about an affair with the wife of a former soldier, then hid her body in a Pelican case while he went to buy supplies. A witness later reported seeing him lug a heavy case out of the armory and struggle to put it in his vehicle.

He reportedly took the body to the site near the river and called his girlfriend, Cecily Aguilar, to help him dispose of the body. The two of them hacked Guillen’s body apart with a machete, then tried to burn it, eventually encasing the body parts in cement and burying them in separate holes.

Investigators had used cell phone records to track Aguilar and Robinson, and on the day they found the body, they arrested Aguilar while Robinson fled. Later, as investigators closed in on him, he shot and killed himself. Aguilar, the estranged wife of a former Fort Hood soldier, has been charged with conspiracy to tamper with evidence.