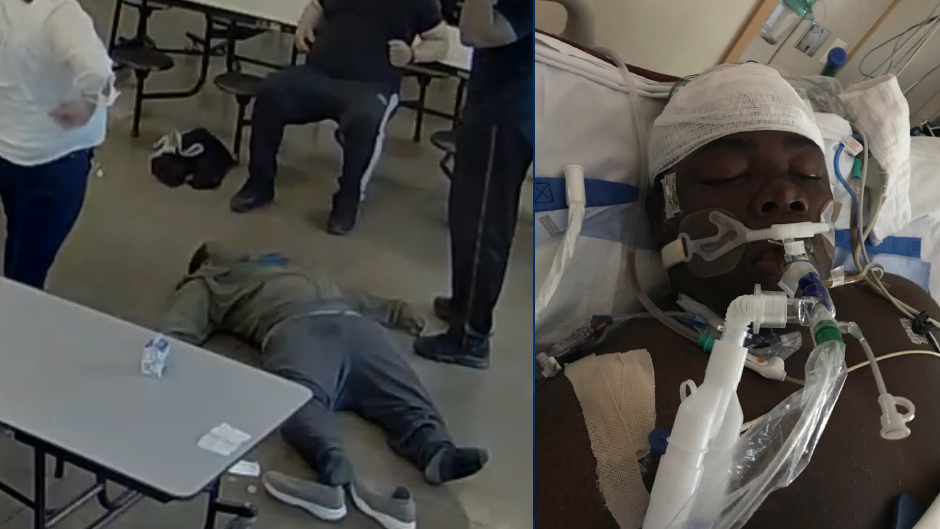 According to The Detroit News, Geoffrey Fieger, the attorney representing Cornelius Fredericks’ estate and family, released 18 minutes of footage of the April 29 incident at Lakeside Academy in Kalamazoo. Seven staffers were reportedly filmed sitting on and restraining Fredericks after he threw a sandwich in the cafeteria.

The Detroit News reported that Fredericks suffered irreversible brain damage and died on May 1. The medical examiner determined the teen died of “restraint asphyxia”; his death was ruled a homicide.

***WARNING: The following video is graphic in nature. Please use discretion.***

Lakeside Academy nurse Heather McLogan, 47, was charged with involuntary manslaughter, accused of gross negligence and failure to perform her legal duty to obtain medical care. She allegedly failed to perform CPR on Fredericks until 15 minutes after her coworkers stopped restraining him. She is also accused of waiting 12 minutes to call 911 to get needed emergency medical help for the teen.

The Michigan Department of Health and Human Services (MDHHS) released 27-minute and 16-minute videos showing the April 29 incident. The two videos appear to have been edited to protect the identities of other minors not involved in the fatal incident.

According to The Detroit News, the MDHHS’ department Division of Child Welfare Licensing ultimately found 10 licensing violations at Lakeside Academy — including a failure to follow protocol regarding resident restraint and discipline.

The MDHHS subsequently terminated its contract with Lakeside Academy, meaning teens in the foster care and juvenile system would no longer be placed at the Kalamazoo facility. State officials said 125 youths were relocated as a result.