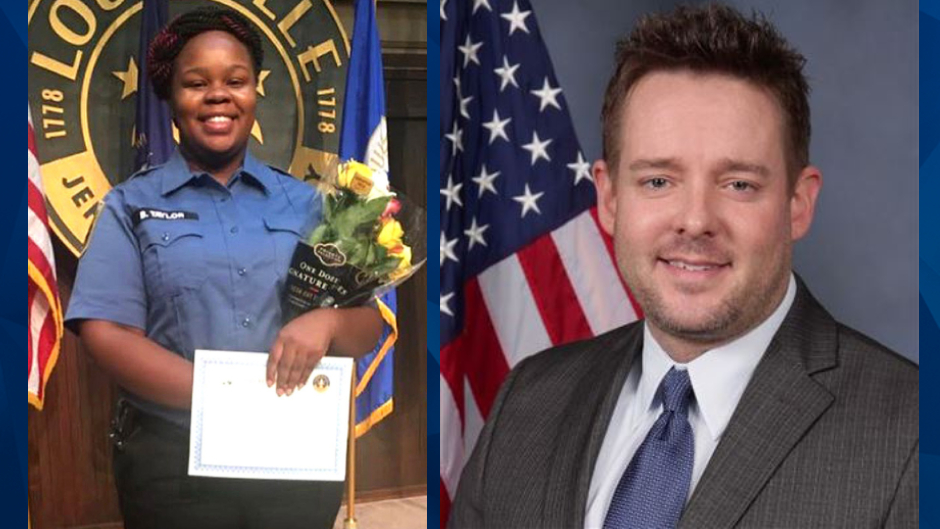 Previously-unheard audio of interviews about the police raid that led to Breonna Taylor’s death provides additional insight into what happened the night the young woman was fatally shot by police while she was asleep at home.

Walker was interviewed hours after the incident, according to NBC.

During his interview, Mattingly said police announced themselves before forcing entry into Taylor’s apartment. He claimed they knocked on the door for 45 seconds, which he said he believed was enough time for someone to answer.

The Sergeant also claimed an officer staking out the residence told him Taylor was home alone watching television, NBC reported.

However, in a 911 call, Walker’s heard saying, “Someone kicked in the door and shot my girlfriend.” Walker has claimed he didn’t know police were trying to get into the apartment and that he thought it was a break-in. Reports indicated that Walker, who’s a registered gun owner, fired one round.

Notably, NBC reported that the investigator interviewing Mattingly described the raid — which involved seven officers, at least 16 gunshots, and a battering ram — as “the most passive way in” into the apartment. The investigator also remarked that Mattingly “rightfully” returned fire after Taylor’s boyfriend Kenneth Walker, 27, fired a round.

While the warrant was related to a drug investigation, Walker’s attorney said no drugs were found in Taylor’s apartment. Walker was initially charged with the attempted murder of a police officer and first-degree assault, but prosecutors dropped the charges due to a lack of evidence.

Walker’s attorney recently supplied the full audio interviews to NBC News. Prosecutors released excerpts to the public in late May.

In his interview, Mattingly described Hankison as “a little bit worked up” on the night of the raid — revealing that Hankison pulled a gun on a neighbor who protested as they banged on Taylor’s door.

“I find your conduct a shock to the conscience,” Schroeder told Hankison. “I am alarmed and stunned you used deadly force in this fashion.”

Hankison has appealed his termination, claiming he was fired before a full investigation was completed. No member of law enforcement has been criminally charged in connection with Taylor’s death.