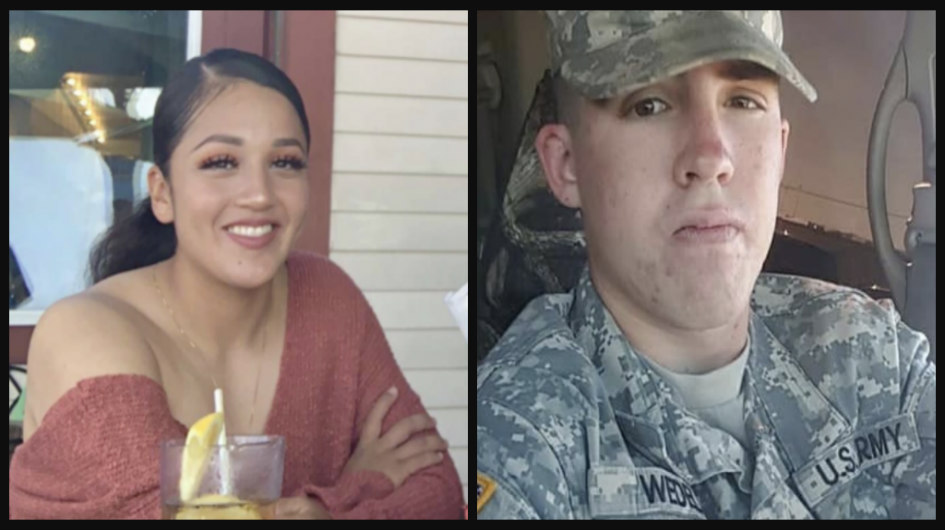 ‘We have a problem at Fort Hood’: Expert says murders of soldiers Vanessa Guillen and Gregory Morales are linked

Fort Hood soldier Gregory Morales was found dead on June 19, and within weeks of the discovery, a work crew found the remains of Fort Hood soldier, Vanessa Guillen, several miles away. Are the deaths connected? While the military pushed back on the notion, some experts feel the soldiers’ deaths are linked.

Around 10 months after he disappeared, Morales was found in a field in Killeen, Texas, less than 10 miles from Fort Hood. His clothing was found shredded and scattered around the area. No suspects have yet been named in connection with Morales’ death.

Guillen’s remains were found buried in three shallow graves near the Leon River on June 30, around 25 miles from Fort Hood. She had been dismembered and charred. Suspect Cecily Aguilar is currently behind bars in connection with Guillen’s death.

Another suspect in Guillen’s death, Fort Hood soldier, Aaron Robinson, shot himself in the head while being pursued by police, after learning authorities had discovered her remains.

Foul play is suspected in both cases, according to the Killeen Police Department.

“They were both last seen on or near the base. The Army has had little contact with the families, won’t share anything. They both had cellphones stop immediately…Both bodies were in the same general area, near that river. Really? Seriously? We have a problem at Fort Hood.”

CrimeOnline’s Nancy Grace, who agreed with McCollum, said there are too many similarities between the two cases to be a coincidence.

The investigation into both deaths is still ongoing, according to authorities.

Meanwhile, the Army listed Morales as AWOL after he disappeared from Fort Hood in August 2019, and despite his remains being found, the status has not been removed.

Unless the pending autopsy results prove that Morales has been dead since the day he disappeared, he will stay on the AWOL list.

“It really isn’t consistent with AWOL,” KJRH TV- News Anchor Vicent Hill said. “Gregory Morales was set to get out of the Army and tour of service just weeks before/after he went missing.”

Morales was not only weeks from getting an honorable discharge, but he earned a Good Conduct Medal while in the military, along with two Army Achievement medals after a deployment to Korea, according to Army Times.

Morales’ mother, Kim Wedel, is now fighting to get her son’s name taken off of the AWOL list so he can get a proper military burial. A petition to have Morales “reinstated so he can have a military funeral as he deserves” has reached over 22,000 signatures.

“Gregory was one of those special kids who just loved everybody,” Wedel said on Thursday’s ‘Crime Stories with Nancy Grace.’ “He was just that kid who wanted everyone to be happy all the time.”