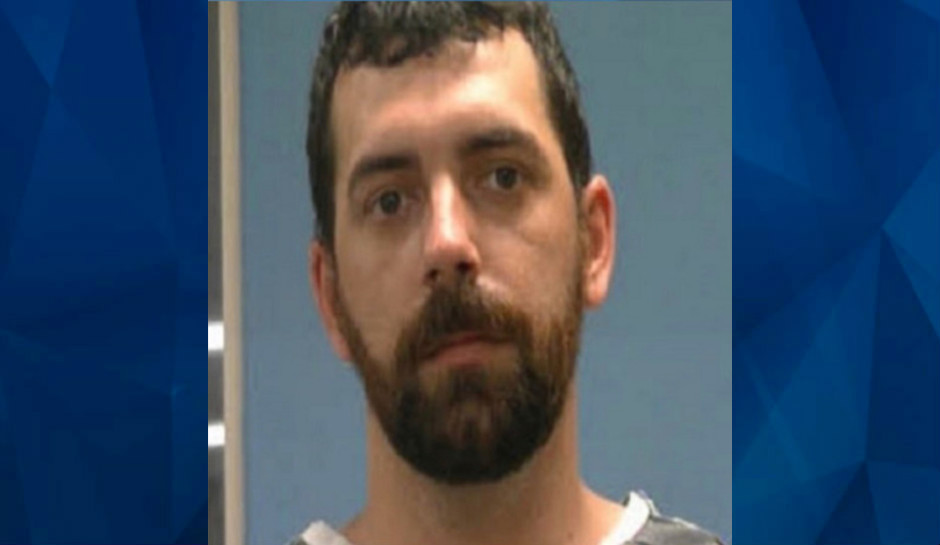 An Arkansas police officer was fired Thursday after being charged with the death of a fellow officer he shot through his front door, THV11 reported.

Alexander Police Officer Scott Hutton was killed when he knocked on Calvin Nicholas Salyers’s front door at about 7:15 p.m. on June 3. Salyers told investigators looked through a peephole and saw a figure dressed in black with a gun on his hip.

He said the gun when off accidentally as he was transferring it from one hand to the other and reaching to open the door, according to Fox16.

Salyers, 33, said he recognized Hutton as a fellow officer when he opened the door and called 911. “All I seen was a gun,” he told the dispatcher. “It was an accidental discharge.”

Hutton’s death was initially ruled accidental, but Arkansas State Police continued the investigation at the request of the Alexander department and determined that Salyers “acted recklessly.”

“Upon completion of the investigation, the case file was submitted to the prosecuting attorney who made the decision to criminally charge Salyers,” state police said.

State investigators learned that Hutton had come to pick up a patrol vehicle parked in a metal building next to Salyers’s home, according to an affidavit filed in the case and published by Fox16. Hutton first tried to call Salyers but wasn’t connected, then he texted Salyers’s phone and walked up on the porch to knock.

Inside, Salyers, who was off-duty, and his girlfriend were watching a movie. When they heard the knock, Salyers got up to see who it was, grabbing his Glock .40 caliber handgun. He looked through the peephole, seeing Hutton, who “was dressed in a black polo type shirt, khaki tactical pants, and had a typical police-style gun belt with a badge positioned next to his holstered firearm,” the affidavit said.

The affidavit said that investigators found a bullet hole in Salyers’s front door and that the bullet went through the main door and a glass storm door. But, the affidavit said, the hole in the door showed “evidence of close contact.”

“The bullet hole appeared to have contact residue, which indicated that the weapon was pressed against the door when fired,” the affidavit said. “Powder burns and a C-Shape ring of residue were left around the hole.”

Further, the affidavit said, Salyers told a training sergeant when protests over the death of George Floyd in Minneapolis began that he would “shoot through the door” if protesters came to his home. Sgt Matt Wharton told the state investigators “that he instructed Officer Salyers that he could not do that because it was reckless and negligent. Wharton stated that they could not shoot anyone without identifying them first and identify that there was a threat.”

Salyers, who had been with the department since 2017, surrendered to state police on Wednesday, charged with manslaughter.