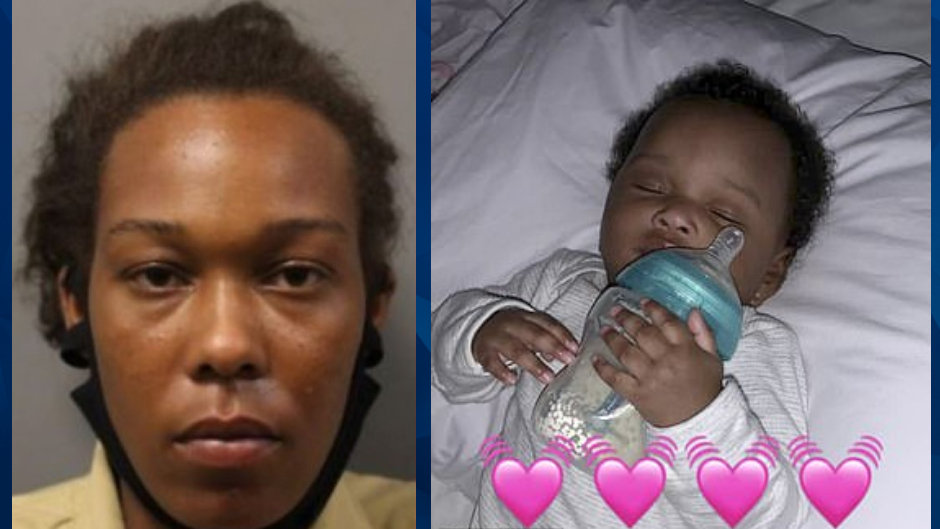 Mom starved toddler daughter for 3 weeks, then threw her dead body in a dumpster: Police

The baby’s body is still missing

A Maryland mother allegedly revealed to investigators that she starved her 15-month-old daughter to death.

The Montgomery County Police Department said in a statement that an acquaintance of Kiearra Tolson, 23, called 911 Wednesday after Tolson said she killed her child, Blair Niles. Tolson reportedly told investigators that she starved Niles for roughly three-and-a-half weeks at their Silver Spring apartment.

On Wednesday, Tolson reportedly came to her friend’s home unannounced. The friend, Laytay Dahn, 23, told The Washington Post that she asked Tolson where Niles was — to which Tolson responded, “Oh, I starved her.”

“Where is she?” Dahn inquired.

“In the trash,” Tolson allegedly answered.

Dahm said Tolson also talked about Niles transforming into a demonic snake who controlled the weather and needed to be killed. Dahn told The Post that Tolson almost appeared casual while talking about killing her daughter.

Niles’s body has yet to be found. Dahn claimed Tolson offered to take her to where she disposed of the daughter’s body.

Police said a search of Tolson’s apartment produced evidence corroborating her story. Niles’s father reportedly said he last saw his daughter on April 17 and that he hasn’t had any contact with Tolson since that time.

A judge has ordered a mental health evaluation for Tolson, who remains jailed on first-degree murder charges. She’s due back in court on July 16.