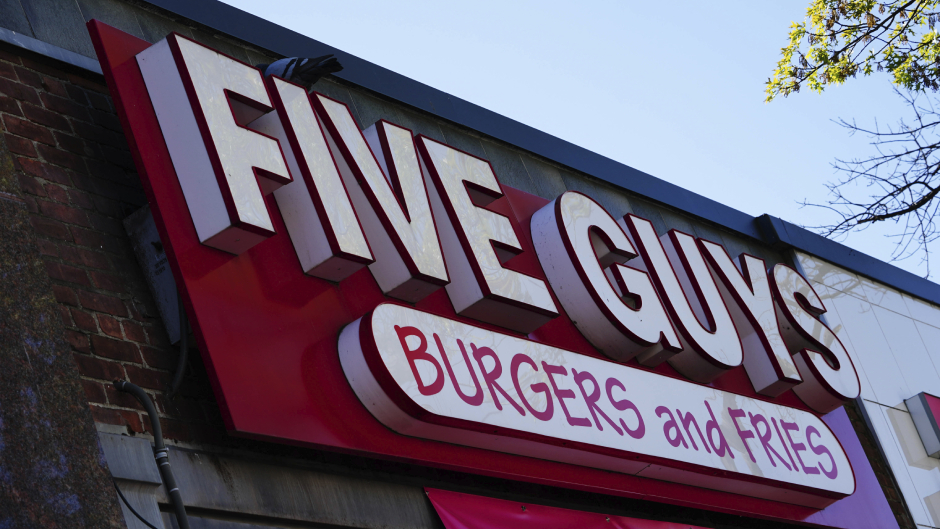 Group of Five Guys employees fired, suspended for turning back on police officers, refusing to serve them: Reports

A group of Five Guys employees in Alabama who reportedly refused service to three police officers Tuesday have been fired or suspended in light of mounting backlash.

The Five Guys franchise, located in Daphne, said Friday in a Facebook post that they temporarily closed the restaurant for “further education and customer service training.” A representative from the Daphne Police Department would also be involved in the training, the franchise said.

A law enforcement source confirmed to WALA that six or seven employees at the Five Guys restaurant at Jubilee Square denied service to officers Tuesday night. The employees allegedly turned their backs on the officers when they entered the establishment.

The officers reportedly claimed they heard one of the employees say, “I’m not serving them.”

The officers eventually left and went to another restaurant, according to WALA. In a subsequent statement, the Daphne Police Department dispelled claims that the officers were denied service for not wearing masks.

“The three officers became aware of the mask requirement, so they returned to their vehicles to obtain masks. All three officers were wearing masks the entire time they were inside of the establishment,” police explained Wednesday in a Facebook post.

“The events that occurred while the officers were in the restaurant were unfortunate. We will continue to work with Five Guys on this matter towards a resolution once all the facts are known.”