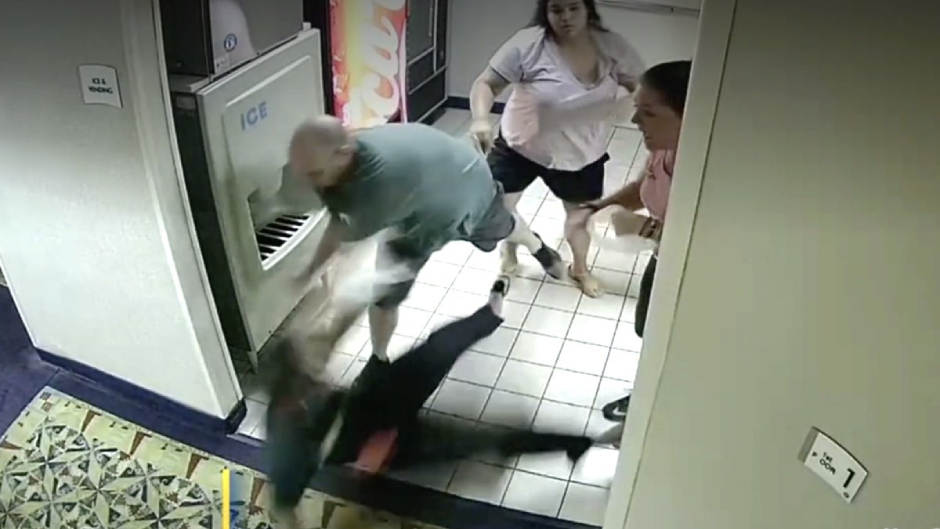 A White couple was recently arrested in New York for allegedly carrying out a racist attack on a Black hotel employee in Connecticut.

Citing warrants, The Day reported that the Sarner punched Boyd in the face after calling the front desk about an issue regarding hot water in their room. The pair eventually went downstairs, where they allegedly confronted and attacked Boyd, who works part-time at the front desk.

According to the news outlet, Sarner initially punched Boyd in her head. Boyd was reportedly attacked a second time as she retrieved ice for her swollen head and face. Surveillance footage apparently shows the second encounter involving Boyd, Sarner, and Orbay.

Boyd told WCBS that Sarner and Orbay attacked her as she walked away. The hotel employee recalled her alleged attackers kicking her as they called her a “monkey” and said, “You don’t belong here.”

Boyd reportedly said she suffered a concussion and injuries to her eye, face, head, wrist, ribs, and back. Sarner and Orbay were treated at separate hospitals and released. Police said they returned to the hotel, retrieved their vehicle, and left before they could be arrested.

WCBS reported that Boyd is undergoing treatment for her multiple injuries, which include PTSD.

The Day reported that Sarner has an extensive criminal history in New York. However, the publication didn’t disclose what his arrests or convictions entailed.

The town of Stonington has hired an independent investigator to review how local police handled the June 26 assault.