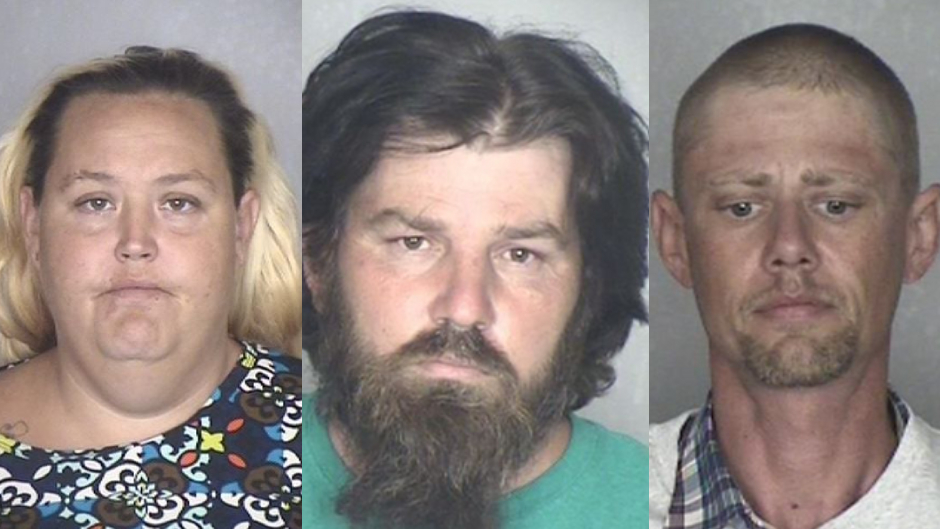 The Butte County Sheriff’s Office said in a statement that detectives recovered evidence showing that Summer Carver, 33, was present on multiple instances when David Acuff, 38, molested three of her five children. Detectives reportedly also ascertained that Carver was also there on at least one occasion when the second suspect, Joshua Chadwick — a registered sex offender — molested one of her children.

“During the investigation detectives determined Chadwick had recent contact with three children, who were all under the age of 10. Detectives located evidence Chadwick had been sexually abusing the children over an extended period of time,” the statement detailed.

Authorities reportedly also uncovered that Acuff, one of Chadwick’s associates, was also molesting the same three children. Butte County police contacted the Oroville Police Department, who reported that they had an open investigation involving Acuff. On July 8, police searched Acuff’s home and discovered evidence that he sexually abused children over an extended period of time.

Chadwick, who remains jailed without bail, was charged with lewd and lascivious acts with children and violating the terms and conditions of his federal probation.

Carver’s five children are reportedly in the custody of Butte County Children’s Services.